Authorities respond to reports of explosives in Lower Gwynedd home

Authorities responded to reports of explosives inside a Lower Gwynedd home. It turned out to be nothing after they found antique military items inside. FOX 29's Shawnette Wilson reports.

LOWER GWYNEDD, Pa. - Authorities responded to reports of explosives inside a Lower Gwynedd home; however, it turned out to be nothing after they found antique military items inside.

"The helicopter and we went outside to see what was going on," said Amy Pacini.

SKYFOX flew over a home on the 400 block of Houston Road in Lower Gwynedd Township Thursday evening after the Montgomery County Sheriff's Office Bomb and Hazardous Device Disposal Unit, the FBI, ATF and the Department of Defense surrounded it. 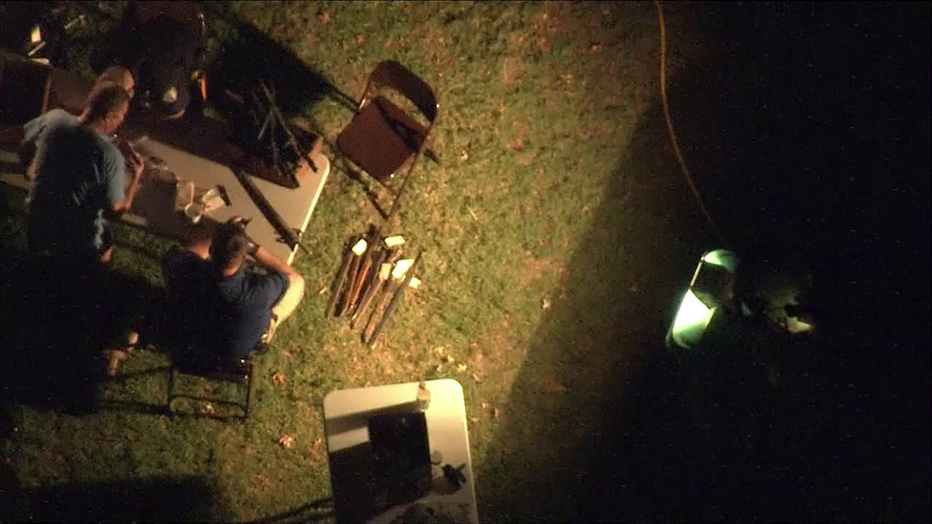 Concerned neighbors like Amy Pacini and her daughters came out wondering what was happening.

"Oh my gosh. Worried, worried for everybody in the area," said Pacini. Residents say they initially heard there were explosives in the home.

"My sister goes to the high school and I'm kind of worried for her to go tomorrow because its right down the street and the fact that there are people with such dangerous things right by the school is kind of scary," said Mary Pacini.

It was a surprise to Irma Bewley who lives nearby.

"I saw pictures of stuff he had in his house and it's not good. If any of that stuff would have gone off it would have hurt a ton of kids. So you don't know your neighbors,” said Bewley.

After hours on scene, investigators determined most of them were collectibles but say they wanted to take precaution in getting them out of the house and safely disposed of.

Neighbors say it was quite a scare and the most action they've seen here.

"This area has always been kind of like safe and calm. Nothing has really ever happened so this is like really out of the blue," said Mary Pacini.

Police say family members are cooperating and no criminal charges are pending.