AUSTIN, Texas - After a deadly blast of winter weather overwhelmed the electrical grid and left millions of Texans without power, hospitals in the state are also facing the additional stress of water shortages, crowded emergency rooms and even being forced to evacuate patients.

Record-low temperatures damaged infrastructure and pipes, seriously jeopardizing drinking water systems in the Lone Star state. Authorities in Texas ordered 7 million people — a quarter of the population of the nation’s second-largest state — to boil tap water before drinking it.

Some hospitals, already contending with COVID-19 patients and vaccine distribution, were also impacted by the winter storm’s havoc on state power grids and utilities. In Austin, hospitals dealt with a loss in water pressure and heat.

St. David's South Austin Medical Center said Wednesday night that it had lost water pressure from the City of Austin. Since water feeds the facility's boiler, the hospital was also losing heat.

Hospital officials were working to evacuate some patients to other area facilities and said they were distributing bottles and jugs of water to patients and employees. Officials added that they were working with the city to secure portable toilets.

"Because this is a statewide emergency situation that is also impacting other hospitals within the Austin area, no one hospital currently has the capacity to accept transport of a large number of patients," said David Huffstutler, CEO of St. David’s South Austin Medical Center.

In southwest Austin, officials with Ascension Seton Southwest Hospital said they too were facing intermittent issues with water pressure, the Austin American-Statesman reported. The hospital was rescheduling elective surgeries to preserve bed capacity and personnel as a result.

At Houston Methodist, two of its community hospitals did not have running water but still treated patients, with most non-emergency surgeries and procedures canceled for Thursday and possibly Friday, spokeswoman Gale Smith told the Associated Press.

Emergency rooms were crowded "due to patients being unable to meet their medical needs at home without electricity," Smith said. She added that pipes had burst in Methodist’s hospitals but were being repaired as they happened. 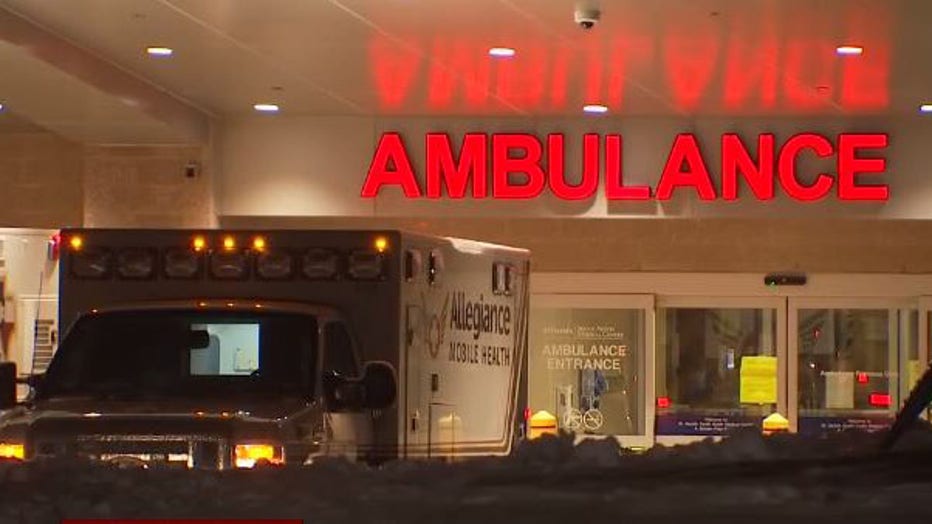 Texas Children’s Hospital’s main campus at the Texas Medical Center and another location had low water pressure, but the system was adequately staffed and patients had enough water and "are safe and comfortable," spokeswoman Jenn Jacome said.

In an "urgent call to action," the Texas Restaurant Association said hospitals in the state were "in serious need of food for their staff and patients" and said it was working to coordinate food donations.

On Tuesday, more than 4.4 million Texans were without power. The number has fluctuated throughout the week as the blame shifted between the Electric Reliability Council of Texas (ERCOT), state government, and the utility companies. Fewer than half a million homes were still without electricity as of Thursday afternoon, utility tracker PowerOutage reported.

Some lost power due to the weather conditions, while others were under a rotating outage initiated by ERCOT, which manages the flow of electric power to more than 26 million customers.

RELATED: With no power for 4 days, many residents warming up with frequent trips to outside vehicles

While power had slowly been restored to more Texans, many people were still without safe drinking water. Houston Mayor Sylvester Turner said he expects that residents in the nation’s fourth-largest city will have to boil tap water before drinking it until Sunday or Monday.

Austin Water Director Greg Meszaros on Thursday urged residents to conserve water amid shortages. He estimated that "tens of thousands" of people were without water and said residents should reach out to friends and neighbors until the city could set up water distribution centers.

Texas Gov. Greg Abbott urged residents this week to shut off water to their homes, if possible, to prevent more busted pipes and preserve pressure in municipal systems.

RELATED: Houstonians should prepare to boil water through the weekend

The weather also disrupted water systems in several other cities, including New Orleans and Shreveport, Louisiana, where fire trucks delivered water to hospitals and bottled water was brought in for patients and staff, local station KSLA-TV reported.