HONOLULU, Hawaii - Hours after the death of his wife Beth Chapman, Dog the Bounty Hunter spoke to reporters outside of his home in Honolulu and shared how the family is dealing with their grief after her “unexpected” passing.

Beth Chapman died Wednesday after a battle with cancer. She was 51.

“It’s terrible, the most terrible time in someone’s life,” the reality television star, whose real name is Duane Chapman, told Hawaii News Now. “You kind of try to remember that you’re celebrating the life, but right now we’re mourning the death, so it’s not good.”

Standing alongside his daughters, ‘Dog’ Chapman spoke about the family’s sudden loss. Beth Chapman was diagnosed with throat cancer in 2017 after having a nagging cough checked out, according to a family spokesperson. She was declared cancer-free after the removal of a tumor, but she was diagnosed in November 2018 with stage 4 lung cancer.

“For a few years we knew this day would come,” ‘Dog’ Chapman said. “It came really unexpected, really fast. All of her clothes, her make-up, everything. We didn’t prepare.” 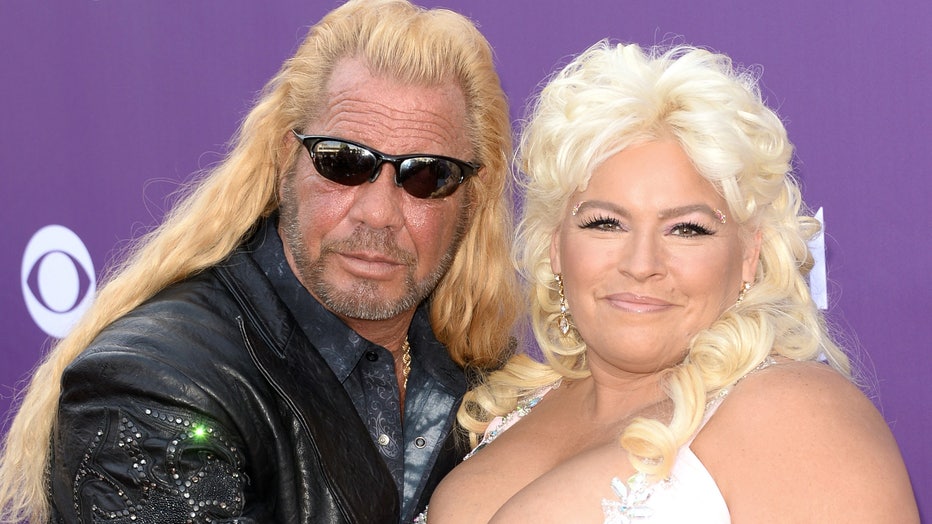 “The cancer gig, of course, we gotta find a cure,” he added. “Because all we have now is some get lucky, but most pass away.”

Beth Chapman starred alongside her husband in the A&E series "Dog the Bounty Hunter," which was canceled in 2012. The Chapmans later starred in other similar reality shows, including Country Music Television's "Dog & Beth: On The Hunt."

A&E is scheduled to air a four-hour “Dog the Bounty Hunter” marathon on July 1 with an on-screen dedication to her.

Speaking to reporters Wednesday, ‘Dog’ Chapman joked that Beth was "somewhat of a control person" and would leave him notes around the house.

‘Dog’ Chapman also warned the public to be aware of fake donation pages on behalf of the family.

“Please save your money and send flowers,” he said. "There’s nothing being authorized from any of us.”

There are 12 children between the couple. They had 15 grandchildren and one great-grandchild, according to a family spokesperson.

Born Alice Elizabeth Smith in Denver, Beth Chapman had lived in Honolulu since 1989. In 2006, she and ‘Dog’ Chapman, the self-proclaimed world's best bounty hunter, married during a sunset ceremony at a Big Island resort after being together for 16 years.

She boasted of being the youngest ever to receive a bail license in Colorado at 29. That record was beat by her stepdaughter Lyssa Chapman who became licensed at age 19.

Memorial services will be held in both Hawaii and Colorado, the family said.

“We want to make sure that people can show their love and support and it actually makes us feel warm and loved by our community to know how much our mother was loved," Lyssa Chapman said, who added that they will also be doing a paddle out ceremony.