GREENVILLE, Del. (AP) - President Joe Biden on Saturday commemorated the 49th anniversary of the car crash that killed his first wife and infant daughter, visiting their graves at the Saint Joseph on the Brandywine Roman Catholic Church.

Their deaths occurred just after Delaware voters elected Biden to the Senate in 1972 and the fatal car crash became a defining moment that has shaped his persona and career.

His sons Beau and Hunter, ages 4 and 3 at the time, were seriously injured but survived the crash. His wife Neilia and 13-month-old daughter Naomi died after their car was broadsided while they were en route to pick up a Christmas tree.

The tragedy haunted him at the start of his Senate career and has been a touchstone of his presidency, with Biden recently opening a speech in Minnesota by noting how two of that state's former senators helped him cope.

Biden married Jill Jacobs in 1977 and they added daughter Ashley to the family. Both joined him at the church Saturday, as did Hunter and his family among others. Beau died of brain cancer in 2015. 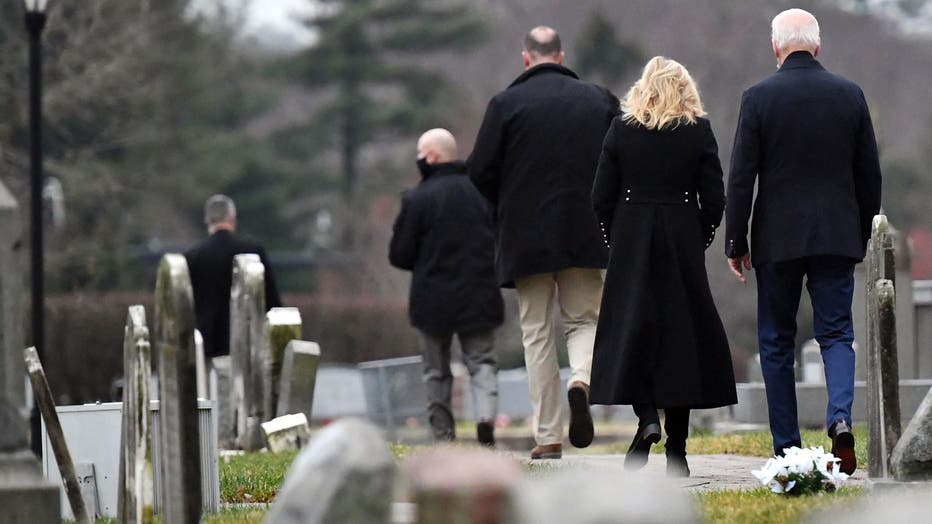