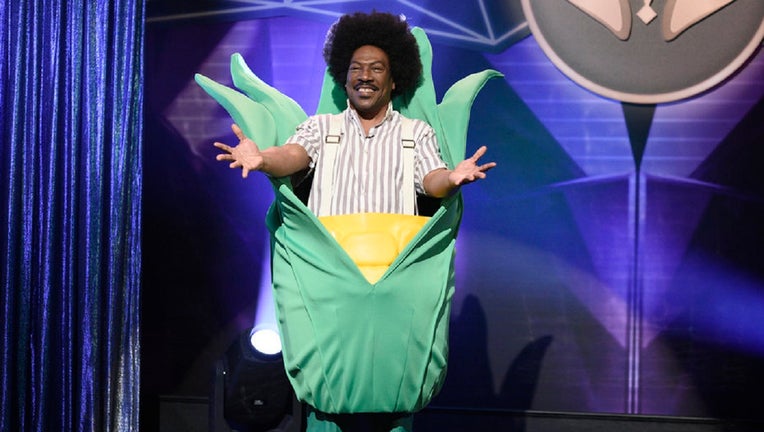 Eddie Murphy returned to "Saturday Night Live" as its host this weekend. (Photo by Will Heath/NBC)

(FOX NEWS) -- A spokesperson for disgraced comedian Bill Cosby called Eddie Murphy a “Hollywood Slave” after the actor poked fun at his former idol during his opening monologue as host of "Saturday Night Live."

Murphy marked his first appearance back on the Saturday night mainstay in 35 years by taking aim at Cosby while talking about how he’s changed since his last SNL appearance, most notably by fathering 10 children.

“My kids are pretty much my whole life now,” he said, “but if you would have told me 30 years ago that I would be this boring, stay-at-home house dad and Bill Cosby would be in jail, even I would have taken that bet.”

Andrew Wyatt, a publicist for Cosby responding on the factor’s Instagram with a lengthy post, calling out Murphy, saying his performance was “sad.”

“Mr. Cosby became the first Black to win an Emmy for his role in I Spy and Mr. Cosby broke color barriers in the Entertainment Industry, so that Blacks like Eddie Murphy, Dave Chappell, Kevin Hart and et al., could have an opportunity to showcase their talents for many generations to come," Wyatt's statement read. "It is sad that Mr. Murphy would take this glorious moment of returning to SNL and make disparaging remarks against Mr. Cosby.”

He added: “One would think that Mr. Murphy was given his freedom to leave the plantation, so that he could make his own decisions; but he decided to sell himself back to being a Hollywood Slave. Stepin Fetchit plus cooning equals the destruction of Black Men in Hollywood.”

Wyatt noted that Cosby rose to fame “because he used comedy to humanize all races, religions and genders."

“But your attacking Mr. Cosby helps you embark on just becoming click bait. Hopefully, you will be amenable to having a meeting of the minds conversation, in order to discuss how we can use our collective platforms to enhance Black people rather than bringing all of us down together."

Despite being his idol, Murphy has feuded with Cosby since the mid-1980s. In Murphy’s 1987 standup special, “Raw,” he recounted how Cosby once called him up on the phone to chastise him for “being two dirty on stage.”

“And it was real weird because I had never met him and he just thought he should call me up, because he’s Bill, and he should tell me what comedy is all about,” Murphy said in the special.

Also, in a recent episode on Netflix’s “Comedians in Cars Getty Coffee,” Murphy told host Jerry Seinfeld that Cosby used to lecture him about using vulgar language in his act.

Cosby is serving a three- to 10-year state prison term for allegedly drugging and sexually assaulting a woman in his suburban Philadelphia home in 2004. Numerous other women have come forward with allegations of sexual misconduct against the disgraced comedian. He has repeatedly maintained his innocence.