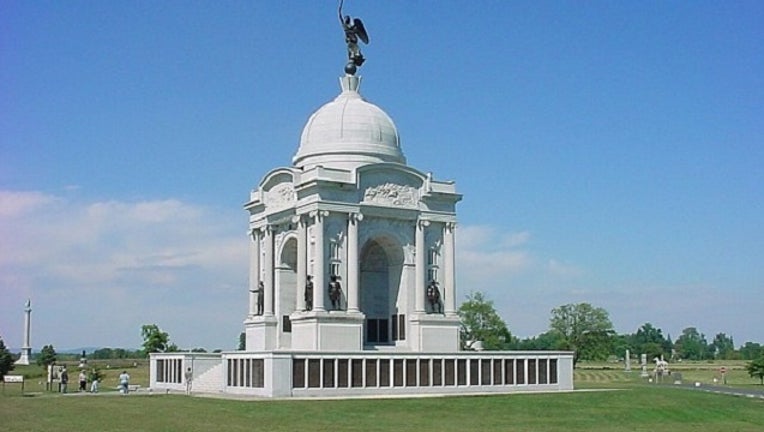 The elaborate Pennsylvania Monument, dedicated in 1910, honors those soldiers who served in Pennsylvania units at the Battle of Gettysburg. (National Park Service)

GETTYSBURG, Pa. - Authorities say a 13-year-old boy from Indiana was flown to a hospital after plummeting about 40 feet from a monument at Gettysburg National Military Park in Pennsylvania.

Acting park information officer Jason Martz says the Fort Wayne youth was visiting the park on a school field trip when he fell from the Pennsylvania Memorial at about 9 a.m. Friday.

Martz said the top of the monument has an observation level, and the boy fell from there despite a 3- to 4-foot-high safety wall.

Martz said the youth was flown to Hershey Medical Center with what officials believe were broken bones and internal injuries.

The park has opened an internal investigation. The 100-foot Pennsylvania Memorial, the park's largest monument, is in the center of the Union line on Cemetery Ridge.