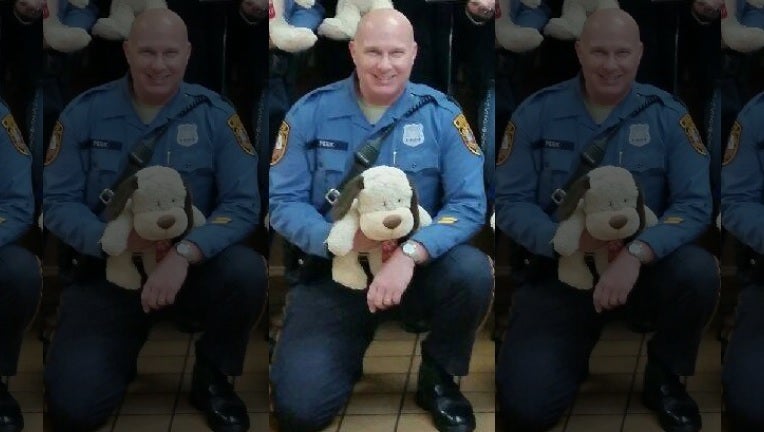 BRIDGETON, N.J. - Bridgeton Police are mourning one of their own after an on-duty incident Sunday.

Officials in Bridgeton, New Jersey say 49-year-old Sean Peek died Sunday. An official cause of death is pending an autopsy.

Peek, a 15-year veteran of the Bridgeton Police was found at home, unresponsive.

Peek had just worked an overnight 7 p.m. to 7 a.m. shift for the department. During the course of the shift, Peek responded to a call at the Bridgeton Fire Department EMT satellite station on Mayor Aitken Drive about 1:30 Sunday morning for an unidentified subject hitting an ambulance and leaving the property with an unknown object.

According to authorities, Officer Peek saw someone running in the woods near the Washington Street Bridge. Officer Peek was able to see the person either fall or jump into the water.

“Sean made a decision and entered to water in attempt to pull the person from the running waters no matter what the circumstances,” Bridgeton Police Chief Michael A. Gaimari Sr. said. “The woman eventually made it across the river but Officer Peek had difficulty making it back to shore as he was still donning all of his equipment and gear.”

Officials say arrangements for services have not been announced.