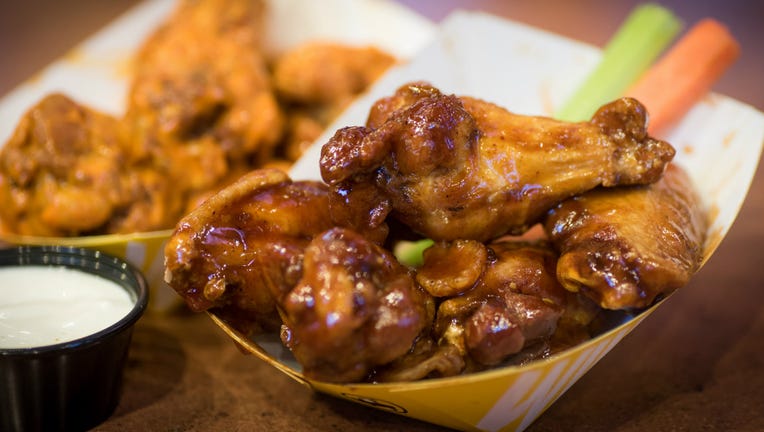 For the second year in row, Buffalo Wild Wings is betting big on the National Football League's championship game slated for Feb 2.

If the highly coveted game goes into overtime, the chain dubbed "America’s largest sports bar" will give everyone in the U.S. and Canada free wings.

From 4-7 p.m. on Feb. 17 at participating locations only customers will be privy to one free order of boneless or traditional snack-sized or a 5/6 count of chicken wings, depending on the location, the company announced Tuesday.

In the history of the NFL, only one championship game has ever gone into overtime. However, two postseason games have already gone into overtime this year. If the trend continues, customers across the nation will get to indulge in the freebies.

“Football fans love to have fun with our established connection to overtime, tweeting at us any time a game goes to extra time,” said Seth Freeman, chief marketing officer for Buffalo Wild Wings. "That was taken to the next level last year when free wings were on the line, so we knew we had to bring this program back.”

Freeman is referencing when the chain known for its Buffalo-style chicken wings bet on overtime during the 2019 NFL championship game.

America was 15 minutes away from winning the free food when the New England Patriots and the Los Angeles Rams were tied heading into the fourth quarter. However, the chance to indulge in the fried pieces of chicken slipped away when New England pulled away for a victory, the company announced.

GET FOX 32 CHICAGO ON THE GO BY CLICKING HERE

This year, the Kansas City Chiefs and the San Francisco 49ers are slated to face off at Miami's Hard Rock Stadium, the home of the Miami Dolphins, on Feb. 2.

The odds of the game going into overtime are roughly 8.75-1 against, meaning a $100 bet would generate about $875. That means wing lovers have a roughly 10 percent chance of winning freebies, according to Buffalo Wild Wings gaming partner BetMGM.

However, the sports bar and restaurant isn't the only one taking bets for the game. Buffalo Wild Wings' announcement comes on the heels of a similar move by Pepsi.

This week, the food and beverage company promised to give everyone in America a free Pepsi Zero Sugar if either team finishes the game with a score that ends in – yes, you guessed it -- zero.

If that happens, "every fan" will be reimbursed the cost of the soft drink, up to $2.50, for purchases made between Feb. 2 and Feb. 4.

The game will be televised on FOX and livestreamed on the FOX Sports App and FOXSports.com. Kickoff will begin around 6:30 p.m. ET.

Fox Corp. is the parent company of FOX and FOX Business.