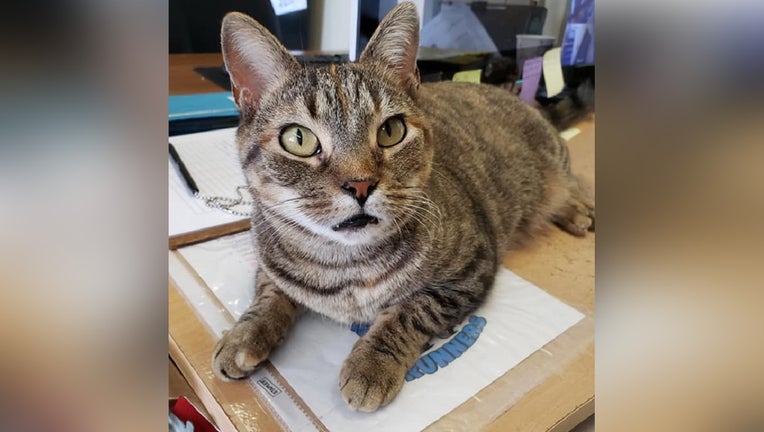 Freedom, the Home of the Brave mascot, has been missing for at least a week.

The mascot for the Home of the Brave Foundation hasn't been seen for nearly a week. The nonprofit says Freedom roams outside at times, but usually returns home for scratches and belly rubs when called. She doesn't have a collar and isn't microchipped.

The shelter has had Freedom since 2016 when a passing car dumped her nearby. Executive Director Jessica Finan says Freedom acts like a therapy cat to the women, men and children who call the shelter home. Residents have been walking the five-acre property and calling for the cat, but some fear she has disappeared like the former feline mascot named Liberty. Liberty left shortly after Freedom arrived.