After accidentally jumping inside a washing machine, a 1-year-old cat was rushed to the emergency vet, where he is now recovering.

MAPLEWOOD, Minnesota - (FOX NEWS) -- A Minnesota cat miraculously survived after sneaking into a washing machine -- where it stayed for about an hour.

Stefani Carroll-Kirchoff, from Maplewood, a suburb of St. Paul, said she was doing her laundry on Wednesday when her one-year-old cat, Felix, jumped inside the washing machine while the door was open.

“I must have turned my back for a few minutes folding clothes and he apparently went in there when I wasn’t looking,” Carroll-Kirchoff told Fox News.

Carroll-Kirchoff said she hasn't been able to sleep since the incident.

“This will haunt me for the rest of my life,” she said. “It’s the most traumatic experience.”

Her daughter, Asha Carroll McCullough, described her mother as a “devoted animal lover” and said her mom called her immediately after she realized what had happened. 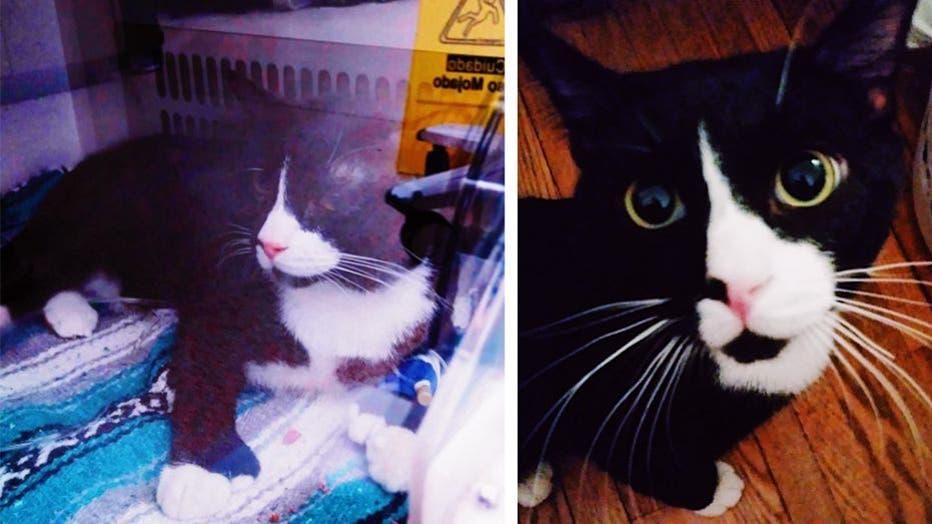 “She was crying so hard I couldn’t understand what she was saying and she said Felix went through the washing machine,” Carroll McCullough said.

She told Fox News her mother went upstairs after starting the laundry and came back down after an hour. When she opened the door of the washing machine she realized Felix was inside the whole time.

“All of a sudden she heard a meow and saw a little white foot. The way she describes it was she was just in shock and she immediately phoned my grandpa and said come with me to vet,” Carroll McCullough.

She said within minutes her mother and grandfather “raced to the vet.”

When they arrived at the Animal Emergency & Referral Center of Minnesota, veterinarians said Felix was in critical condition. They told Carroll-Kirchoff “it’s rare that cats make it through something like this,” according to Carroll McCullough.

She said Felix was still in critical condition and veterinarians immediately put the cat on oxygen support and administered intravenous therapy.

“I will do anything I can for him to stay alive,” Carroll-Kirchoff said. “After what he’s been through, I feel like we owe it to him.”

Her daughter told Fox News that Felix’s recuperation required 24 hours a day in an oxygen chamber.

She said the therapy seemed to be working. The cat's vision was returning and the animal had started to eat again.

She said veterinarians told them Felix’s recovery likely would take a few weeks.

Carroll McCullough said the oxygen chamber has cost about $1,000 per day and since her mother did not have pet insurance, she started a GoFundMe campaign to help cover the cost. 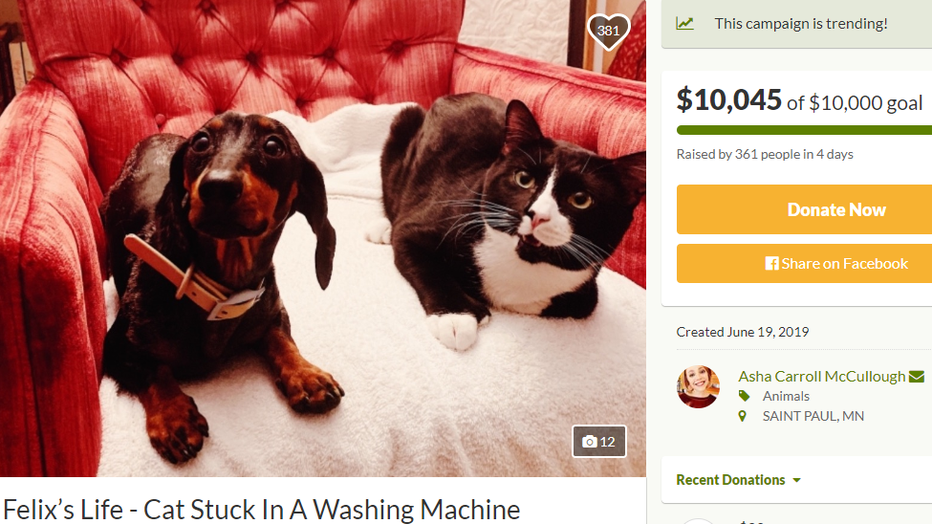 “We feel so, so lucky. He is the miracle cat,” her daughter said.