Ronald Ormsby, 58, is in custody after police say he used a sledgehammer to break into the FOX 29 lobby on Thursday morning.

PHILADELPHIA - Just before 5:30 a.m. Thursday morning, a man who appeared angry and was carrying a sledgehammer was in the lobby of FOX 29 in Old City.

A security camera captured the moment he was met by an armed security guard.

Veteran FOX 29 News photographer Mike Greenidge watched from the street and records as the man hammers at the station door.

"He's banging on that and I look over and see security and he's drawing his gun on him. They're having a back and forth as he swings a couple more times. 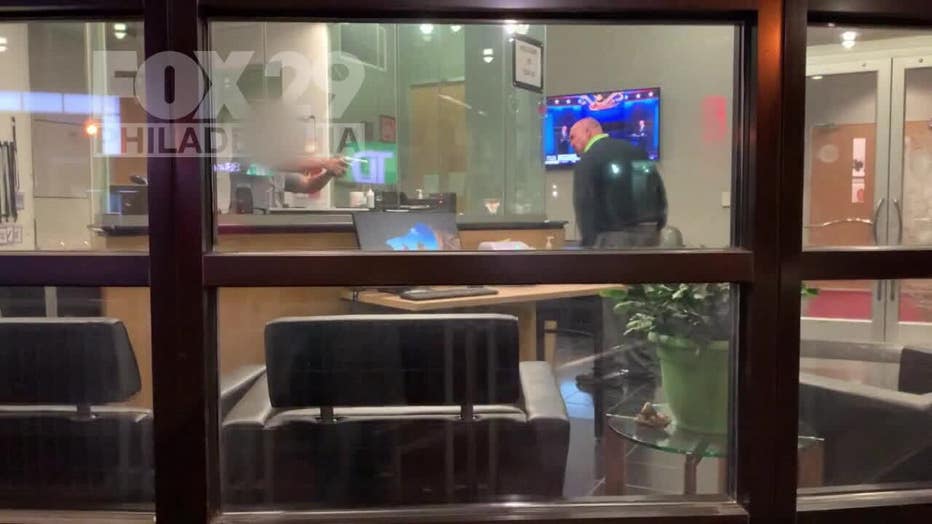 The intruder, identified as 58-year-old Ronald Ormsby of South Jersey, pounds at the door while the guard keeps the firearm trained on him.

"We need a cop over here at FOX 29, got a dude breaking into the building," Greenidge can be heard telling the dispatcher on video. "It's getting really serious, security had to pull a gun on him.

According to New Jersey court records, Ormsby has a 1994 criminal conviction for aggravated assault.

"We heard him all the time. We thought he was a big windbag," a former Audubon, New Jersey neighbor, who asked that we not show his face says. The neighbor says before Ormsby moved away a year ago, his behavior was erratic. 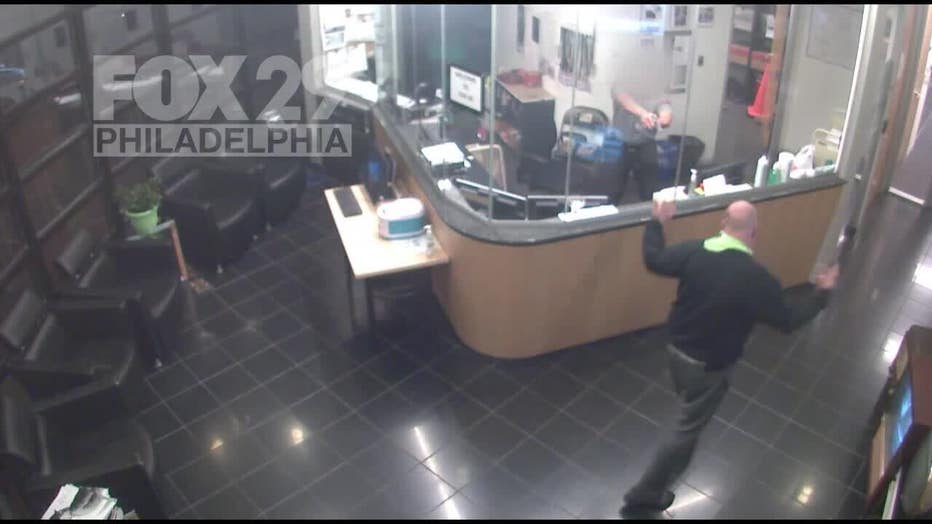 Police say Ormsby used the hammer to break through FOX 29's front doors, before he was confronted by armed security in the lobby.

"He had issues with all the neighbors come the weekends he was always fighting with his wife. Cops were always here. It was a bad time," the former neighbor added.

As the scene continued to unfold Ormsby could be heard shouting a mix of obscenities, including homophobic slurs and "all lives matter." On several occasions he can be heard pleading with FOX 29's security guard to "shoot me."

A SEPTA Transit Police officer is the first to arrive on scene, followed shortly by a Philadelphia police officer. 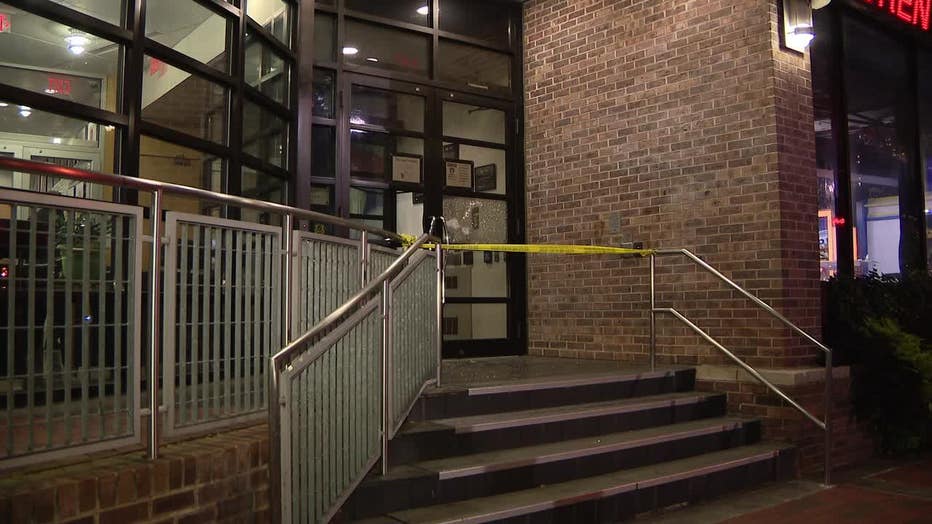 A man is in custody after police say he used a sledgehammer in an attempted break-in at FOX 29 Thursday morning.

The SEPTA officer tases Ormsby, knocking him to the floor. More officers enter the lobby, and he is cuffed and taken away.

No one at the station was injured. Greenidge seemed to take it all in stride.

"Some people can’t control it and they feel like listen, I got to go and take it out on somebody or something."