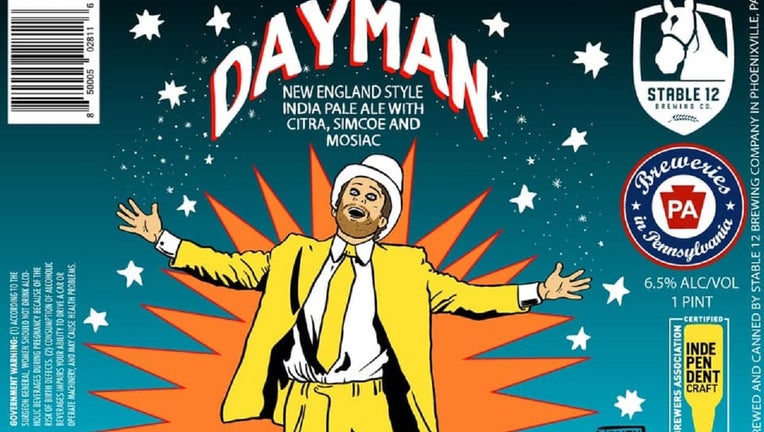 “Dayman” — master of karate and friendship for everyone — is a 6.5% New England-style IPA brewed with Citra, Simcoe and Mosaic hops. ( Breweries in PA )

PHILADELPHIA - Breweries In PA and Stable 12 Brewing Company have collaborated on a beer to celebrate the newest season of “It’s Always Sunny in Philadelphia.”

The beer, “Dayman,” will make its debut Tuesday, Sept. 10 at Staple 12’s taproom in Phoenixville, where four-packs and draft will be available for purchase.

The beer will be offered on draft exclusively at Memphis Taproom in Kensington starting Wednesday, Sept. 25. Four-packs will be available for both in-house consumption and to-go.

Memphis Taproom will mark the occasion in conjunction with the 14th season premiere of “Always Sunny.” The event kicks off at 7:20 p.m. and will include a public viewing of the season's first episode.

Fans can catch the premiere at 10 p.m. on the big screen at the bar’s outdoor beer garden, as well as the inside televisions.

“Dayman” is a 6.5% New England-style IPA brewed with Citra, Simcoe and Mosaic hops.

For an introductory course on who "Dayman" is, see below: