WASHINGTON - A graphic video shared on social media appears to capture the moment shots were fired in the direction of a Northwest school Friday afternoon. 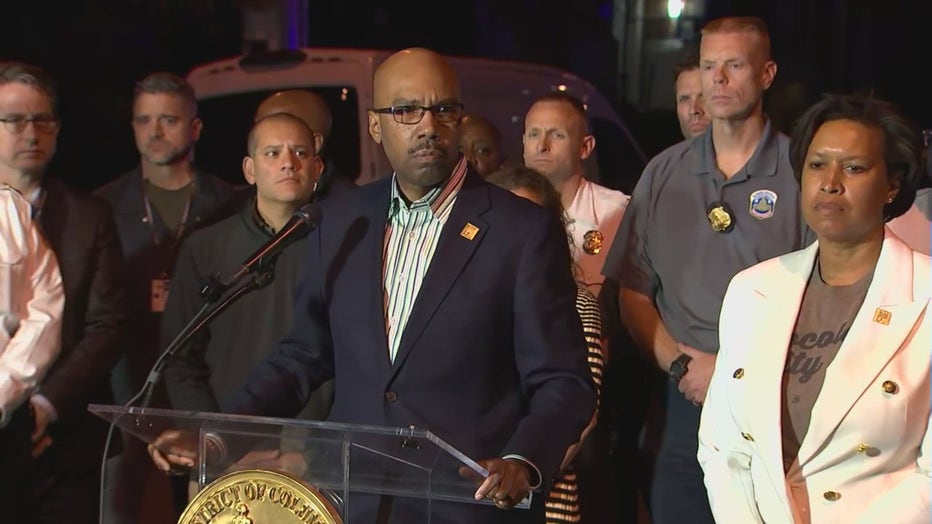 "It appears that it is the video, obviously as we go through forensically and do our examination ... it looks very much to be authentic, but we just want to make sure of that," Contee said. "And I will say it was also very helpful to us in terms of making sure that we were focused in on the right place."

D.C. Police Chief Robert Contee seemed to confirm a graphic video shared on social media was related to the shooting that left four people injured in Northwest on Friday.

Chief Contee also announced that the suspected shooter who injured four people – including a 12-year-old girl – in the Van Ness neighborhood of Northwest D.C is dead.

During a press conference Friday evening, Contee said that 23-year-old Raymond Spencer of Fairfax, Virginia "took his life" in a fifth-floor apartment located in the area.

There have been at least four victims located, including two women, one man, and the 12-year-old girl, according to authorities. One of the victims was a former member of DC Police. All the victims are in stable condition and expected to survive, police said.