A silver lab puppy named Lucy went missing in late July, but she was reunited with her adoring owner just days before Christmas.

ASHLAND, Ohio - Four days before Christmas, an Ohio man got the best gift he could have asked for when his beloved silver lab, Lucy, was returned to him after five months of being lost.

Mark Krichbaum posted to his Facebook page on July 27 after Lucy first went missing. He explained that she had been playing with his sister’s boxer when he heard a gun shot followed by several pops from an air gun. When Krichbaum went to check on the dogs, he said he found Plank the boxer with no Lucy and figured the noises must have startled her off.

Two days later, Krichbaum posted an update after meeting one of his neighbors who had seen Lucy and Plank playing in his yard on the day Lucy went missing. The neighbor said that Lucy took a liking to his daughter before she was seen running off, but he was able to deliver Kirchbaum some peace of mind about the gunshots he had heard.

“His daughter and son left after doing yard work and as he was pulling out she was running after a white truck south on route 179,” Krichbaum wrote. “He did say they shot guns but not at in the direction of the dogs. So that alone is a big relief.”

In a July 30 Facebook post, Krichbaum shared details about Lucy’s size, weight and the collar she was wearing as identifying information for those attempting to help find her, adding that she has “big feet and a big heart."

“She’s all puppy,” wrote Krichbaum. “I can’t figure for the life of me why she would head down the highway other than she was looking for more friends.”

Almost a week after Lucy went missing, Krichbaum started putting up fliers around his neighborhood and throughout the surrounding counties as well. When she still hadn’t turned up two weeks later, he offered a reward for anyone who could provide information on Lucy’s whereabouts. 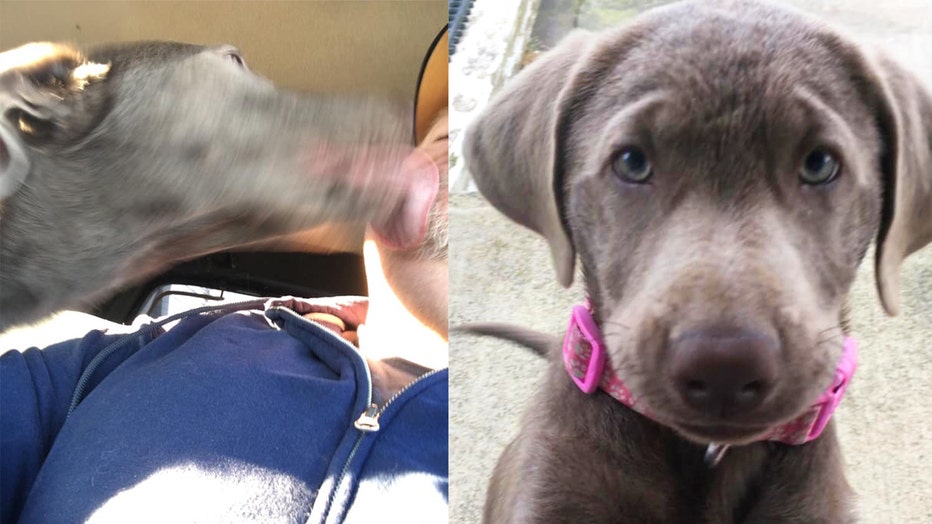 Left: Lucy gives Mark Krichbaum a kiss. Right: A picture of Lucy as a puppy before she went missing. (Mark Krichbaum)

Throughout his search, Krichbaum regularly posted updates to his Facebook page, and many people did whatever they could to help — including scouring other Facebook pages and groups from rescues, shelters and more to see if Lucy’s picture might appear in a post about a lost dog.

“Thanks for all the leads on pups you think may be her, I check every one,” Krichbaum wrote on Sept. 1.

“Thanks to all the people that have offered other dogs,” he added, addressing those who suggested he adopt another canine companion. “They have all been very cute and if I could I’d take every one. I’d still just rather wait on the one I’ve raised.”

Five months after Lucy went missing, a woman named Lauren commented on one of Krichbaum’s posts saying “I HAVE HER,” and requesting that Krichbaum contact her.

Sure enough, it was Lucy, and Krichbaum was finally able to reunite with his beloved pup.

The woman who found Lucy commented on Krichbaum’s final post, writing, “I am sooo happy she’s home. She was so happy to see you. She will be missed, she’s such a sweet girl. She’s right where she belongs, just in time for Christmas.” 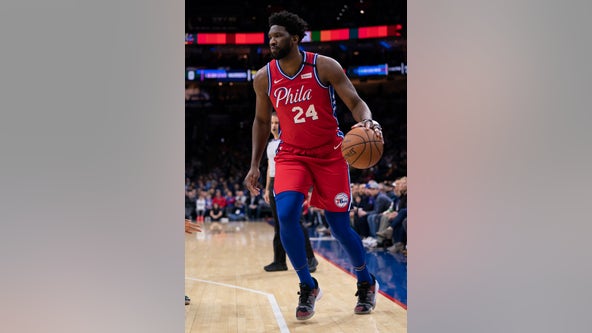