He's become the talk of social media! People from all over the country have fallen in love with a cat, both for his cuteness and chunkiness. His name is BeeJay (nicknamed Mr. B) and he's up for adoption at the Morris Animal Refuge shelter in Center City.

PHILADELPHIA - It turns out that everyone's new favorite chunky shelter cat is a bit bashful of his newfound fame.

Appearing on Good Day this morning, 2-year-old, 26-pound Mr. B made his television debut. While Morris Animal Rescue representative, Emmy Homan, was letting viewers know Mr. B's story, the cat decided that he wasn't cut out for the spotlight after all.

Mr. B leapt behind the couch and nestled into a dark corner with just enough space for his generous proportions. 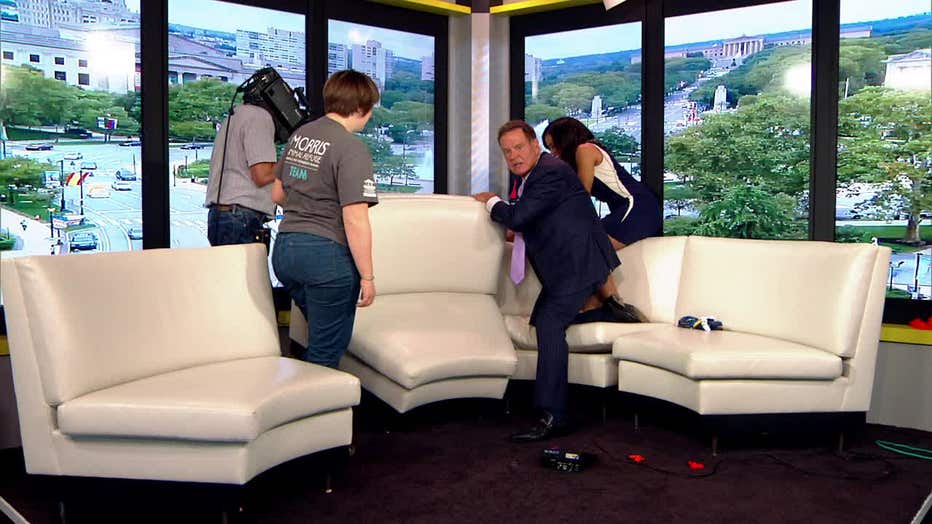 "We got a cat on the loose," Alex Holley exclaimed. Mike Jerrick sprang into action and scaled the back of the couch to survey the best way to extract the camera shy cat.

With couches displaced and flashlights drawn, the Good Day Animal Rescue Team was able to reach Mr. B.

It's safe to say that the husky feline just wants a relaxing place to call his forever home with an owner who will appreciate his unique size. Mr. B is available for adoption at the Morris Animal Refuge in Center City.