Jack Phillips, the owner of Masterpiece Cakeshop, has insisted he doesn't want to do something that goes against his Christian faith.

LAKEWOOD, Colo. - The owner of Masterpiece Cakeshop -- which won a case before the U.S. Supreme Court recently -- was sued for a third time this week.

Jack Phillips, the Lakewood, Colo. bakery owner who has refused to bake cakes that violate his Christian faith, is being sued again by Autumn Scardina, a transgender woman, for refusing to bake a gender transition cake.

Scardina claims it is textbook LGBT discrimination. But Phillips said she is rehashing old claims that hold no merit.

Phillips describes himself as an artist who uses cakes as "canvas" to express ideas and celebrate events. He has insisted he doesn't want to do something that goes against his faith. He said the cases against him have directly affected his family and business and he's faced death threats and harassment. 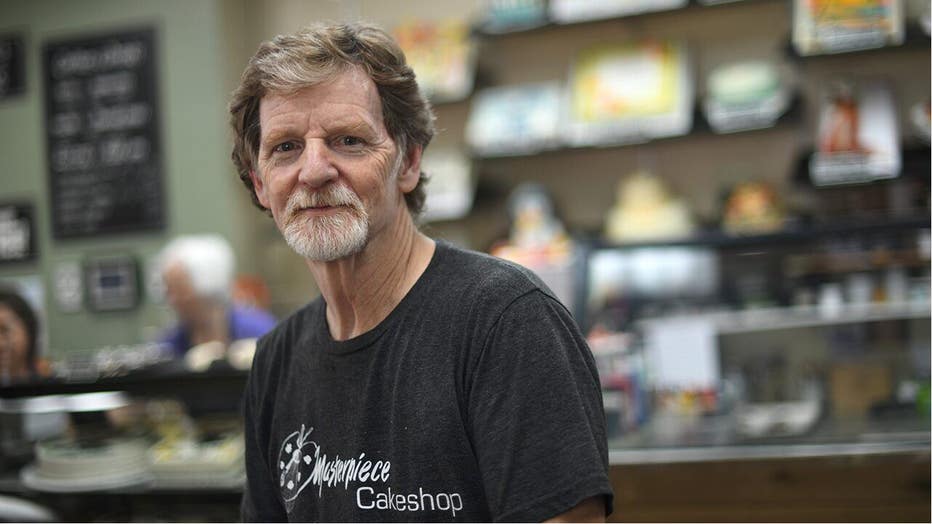 The Supreme Court ruled in favor of Phillips last year in a case where he refused to bake a cake for a same-sex wedding. The high court ruled the Colorado Civil Rights Commission showed "anti-religious bias" when it filed a discrimination charge against Phillips.

The commission then filed another complaint against Phillips after he refused to make Scardina a cake celebrating a gender transition. He, in turn, sued the state claiming he was being singled out for his religious beliefs.

The Commission and Phillips agreed to drop their cases in March after discovery showed "anti-religious hostility" from the state toward the family-run bakery.

“The dignity of all citizens in our state needs to be honored. Masterpiece Cakeshop said before the Supreme Court they would serve any baked good to members of the LGBTQ community. It was just the religious significance of it being a wedding cake,” Paula Griesen, one of the attorneys representing Scardina, told the local CBS station. “We don’t believe they’ve been honest with the public.”

Scardina claims Phillips violated Colorado's Anti-Discrimination Act and Consumer Protection Act for refusing to bake a "birthday cake" celebrating the plaintiff's gender transition, which was to be blue on the outside and pink on the inside, symbolizing a transition from male to female.

Jim Cambell, senior counsel for Alliance Defending Freedom, which has represented Phillips in the other cases, called it further harassment rehashing old claims.

"So this latest attack by Scardina looks like yet another desperate attempt to harass cake artist Jack Phillips," Cambell said. "And it stumbles over the one detail that matters most: Jack serves everyone; he just cannot express all messages through his custom cakes.”