HATBORO, Pa. - The community is outraged after profanity-laced, anti-police graffiti was found in Hatboro, Pa.

“There are children that live right over here. There are children that go up and down the trail every day and to just have them have to see something like that and know that there’s somebody around here that feels that way about people that protect our community is very disconcerting," Kristen Mullaney she told FOX 29.

She’s among many residents who first noticed the pathway defacing Thursday. The trail runs right up along SEPTA’s Warminster line on a stretch between Byberry and Fulmor Avenue. 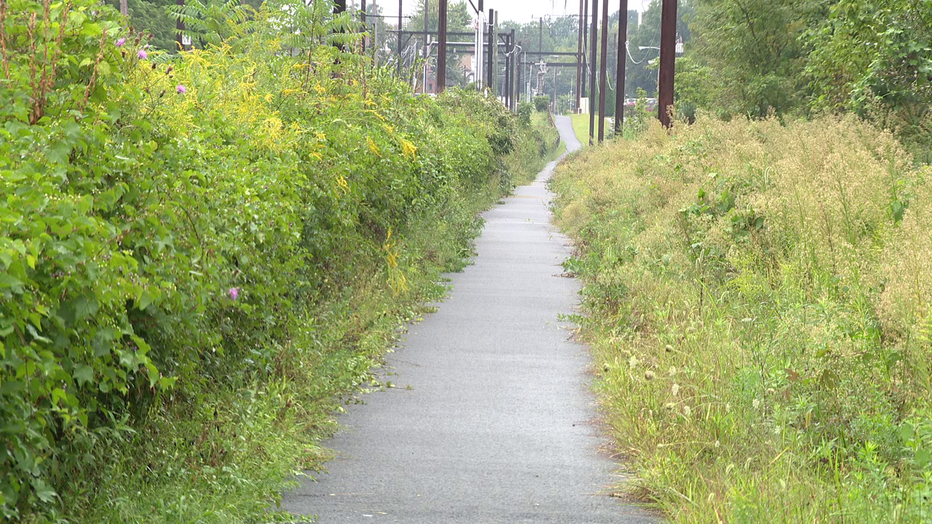 Hatboro Police Chief James Gardner jumped right on the issue when first alerted to the complaint and says it’s one of many crimes can happen in an area with tall weeds and zero lighting at night as people make their way to and from the train.

In this case, he’s particularly concerned about the hostile statements directed at his staff.

“It’s threatening towards my officers and our police department. It’s certainly something that we don’t tolerate in this community," Chief Gardner said.