An elderly couple was found dead an apparent murder-suicide in Washington, as notes were left on the scene about concerns over their high medical bills, according to officials.

FERNDALE, Wash. - A 77-year-old Washington man and his 76-year-old wife were found dead a “likely murder-suicide,” as notes were left on the scene about concerns over their high medical bills, according to police.

“It is very tragic that one of our senior citizens would find himself in such desperate circumstances where he felt murder and suicide were the only option. Help is always available with a call to 911,” Whatcom County Sheriff Bill Elfo said.

On Wednesday morning, the elderly man had called 911 and told the dispatcher, “I’m going to shoot myself,” prompting deputies to respond to the home near Ferndale, Washington, the sheriff’s office said in a Facebook post.

The man indicated that he had prepared a note for the sheriff with information and instructions, according to the office. The dispatcher then unsuccessfully attempted to keep the caller on the line.

The man disconnected the call after saying, “We will be in the front bedroom,” according to authorities.

Deputies arrived and set up a perimeter around the house.

For about an hour, a crisis negotiator attempted to contact the occupants of the home by phone and a megaphone, the post said. Another hour later, deputies deployed a robot-mounted camera.

Sheriff’s office detectives and crime scene investigators are looking into the case as a likely murder-suicide, the post said.

“Several notes were left citing severe ongoing medical problems with the wife and expressing concerns that the couple did not have sufficient resources to pay for medical care,” the sheriff’s office said.

Two dogs that were found within the residence were taken into custody and turned over to the humane society for care, authorities said. Numerous firearms were also impounded for safekeeping.

The identities of the couple have not yet been released, as officials are notifying next of kin.

If you or a loved one is feeling distressed, call the National Suicide Prevention Lifeline at 1-800-273-8255 or text to 741-741. The crisis center provides free and confidential emotional support 24 hours a day, 7 days a week to civilians and veterans. 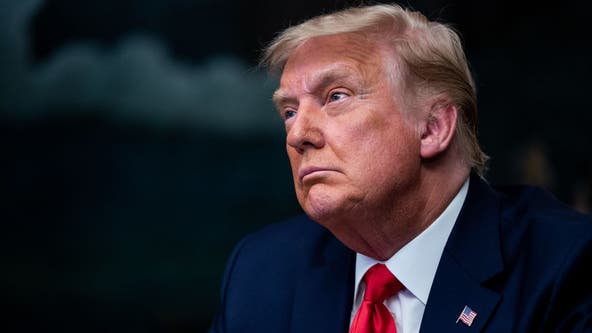