Completing the journey for family: NJ man cycles across US to fund raise, raise awareness of autism

SEA ISLE CITY, N.J. - Cycling coast to coast, a New Jersey man set a goal and then met that goal. He pedaled his way from the West Coast to the East Coast in three months, for the love of his brother. 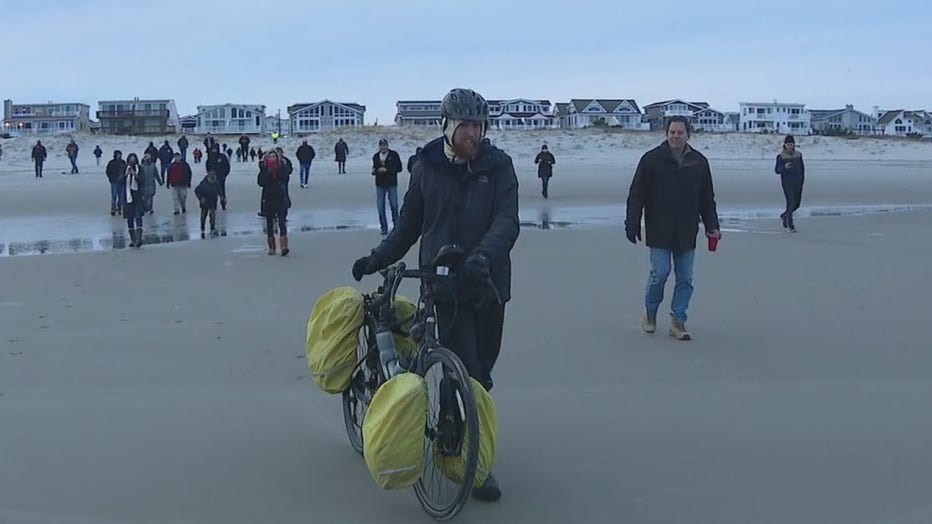 Starting a bike tour with the back wheel touching the Pacific Ocean, Matt DiNote ended that tour Saturday with the front tire touching the Atlantic Ocean. 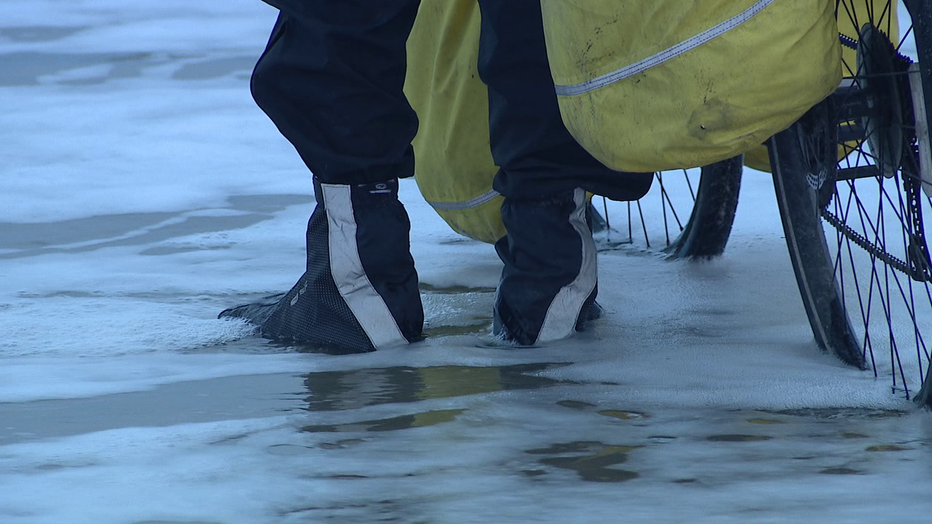 In October, DiNote left San Diego, California and cycled over 5,000 miles to get to Sea Isle City where his family waited.

"Last October, I just woke up in the middle of the night and thought about it and that’s how it happened, that’s literally it," DiNote commented.

The trip was fundraiser, raising awareness for Autism and to benefit the Eden Autism Center. The goal was $2.00 per mile and he surpassed that, raising almost $17,000. 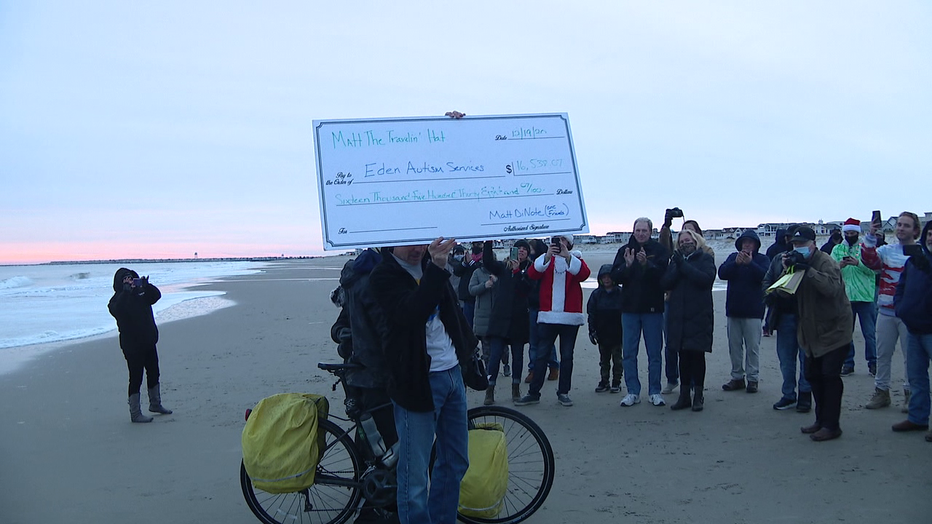 Matt DiNote cycled across the US raising funds for Eden Autism Center.

The cause is close to home because Matt’s younger brother, Michael, lives with autism and Down Syndrome. 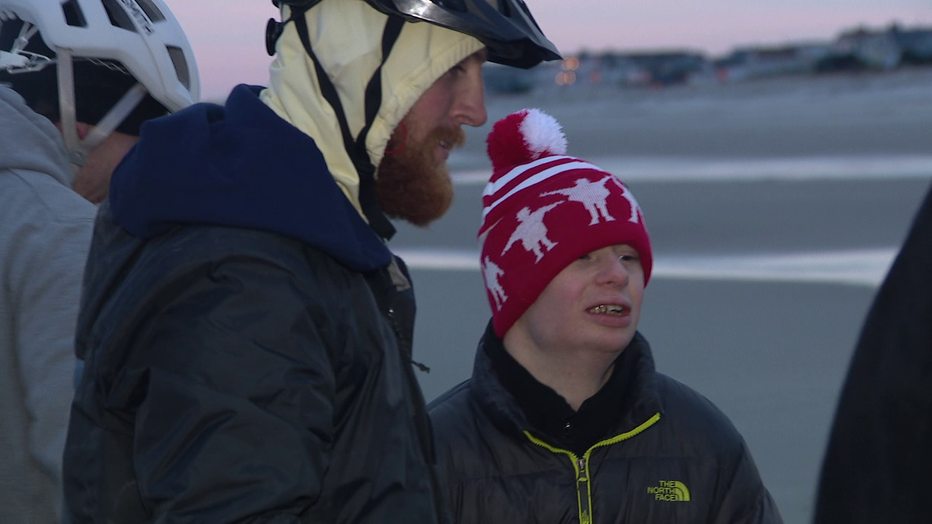 Matt says Michael finds joy where others can’t and coming back to family was what DiNote thought about when things on the journey got tough.

"Just gotta know each pedal gets you closer to this," Matt remarked about his family. "Family is important, for sure and I wouldn’t have been able to do this without them." 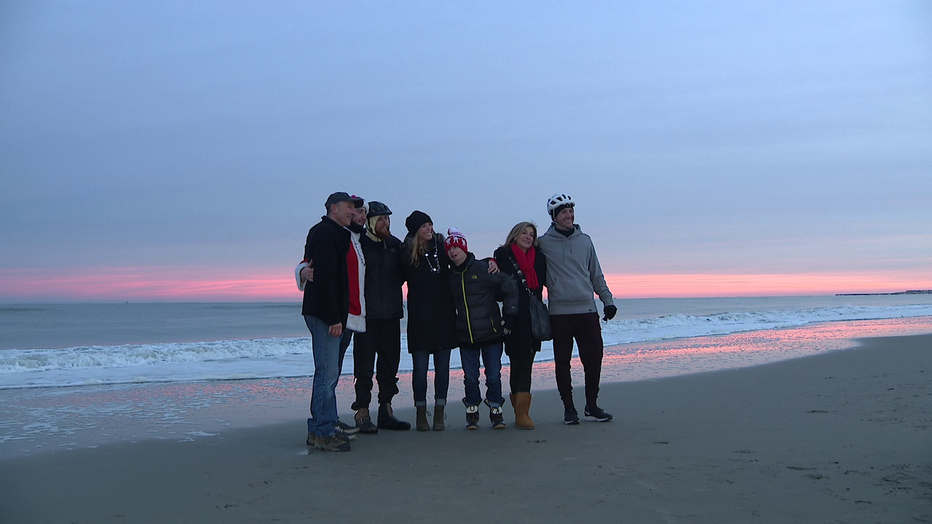 Matt DiNote with his family

The crew making Matt’s welcome party says this was a challenging journey but very much in line with the Matt they know.

And, after all the time away, Matt is excited to spend time with the person who inspired it all.

"He’s the man. He’s why I did this. I don’t know…just everything about him makes me happy and yeah – I’m just happy to have him as a brother," Matt added.

Anyone wishing to contribute to Matt's fundraiser can do so by clicking here.