NEW YORK (AP) - A New York City prosecutor fighting to get President Donald Trump's tax returns told a judge Monday he was justified in demanding them because of public reports of "extensive and protracted criminal conduct at the Trump Organization."

Manhattan District Attorney Cyrus R. Vance Jr. is seeking eight years of the Republican president's personal and corporate tax records, but has disclosed little about what prompted him to request the records, other than part of the investigation related to payoffs to two women to keep them quiet about alleged affairs with Trump.

In a court filing Monday, attorneys for Vance, a Democrat, said the president wasn't entitled to know the exact nature of the grand jury probe, which they called a "complex financial investigation."

They noted, though, that at the time the subpoena for the tax filings was issued to Trump's accountants, "there were public allegations of possible criminal activity" at the president's company "dating back over a decade."

They cited several newspaper articles, including one in which the Washington Post examined allegations that Trump had a practice of sending financial statements to potential business partners and banks that inflated the worth of his projects by claiming they were bigger or more potentially lucrative than they actually were.

Another article described congressional testimony by Trump's former lawyer, Michael Cohen, who said the president would overstate the value of his business interests to impress people or lenders, but then deflate the value of assets when trying to reduce his taxes.

The attorneys also cited reports of past non-criminal investigations by New York regulators into whether the conduct described by Cohen amounted to bank or insurance fraud.

"These reports describe transactions involving individual and corporate actors based in New York County, but whose conduct at times extended beyond New York's borders. This possible criminal activity occurred within the applicable statutes of limitations, particularly if the transactions involved a continuing pattern of conduct," the lawyers said.

Trump's legal team has argued that the subpoena for his tax filings was issued in bad faith and amounted to harassment of the president.

Speaking to reporters later Monday, Trump called the district attorney's investigation another attempt by Democrats to damage him.

"This is just a continuation of the witch hunt. It's Democrat stuff. They failed with Mueller. They failed with everything. They failed with Congress. They failed at every stage of the game. This has been going on for three and a half, four years," Trump said, referring to special counsel Robert Mueller's investigation of alleged Russian interference in the 2016 election.

The Supreme Court last month rejected claims by Trump's lawyers that the president could not be criminally investigated while he was in office. 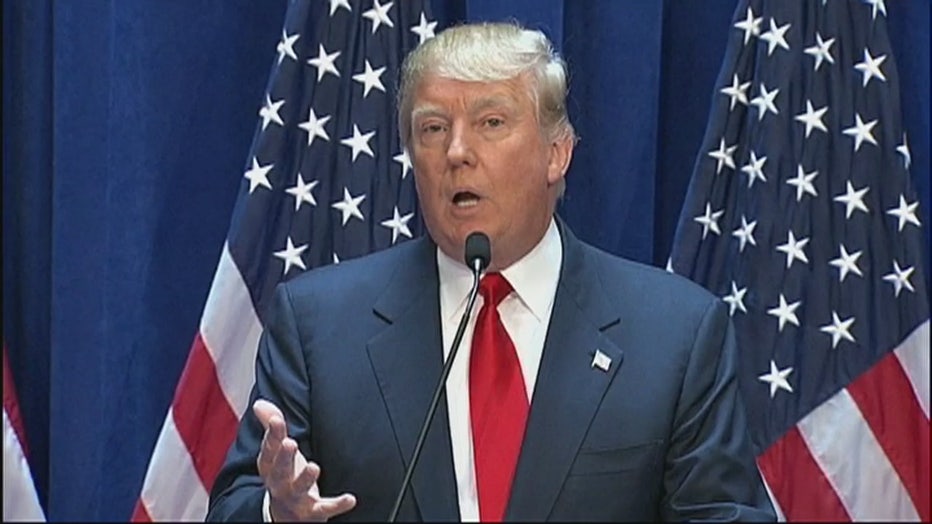 "Every day that goes by is another day Plaintiff effectively achieves the 'temporary absolute immunity' that was rejected by this Court, the Court of Appeals, and the Supreme Court," Vance's lawyers said.

Marrero has scheduled arguments to be fully submitted by mid-August.

Cohen is serving the last two years of a three-year prison sentence in home confinement after pleading guilty to campaign finance violations, lying to Congress and tax crimes. He said he plans to publish a book critical of the president before the November election.

If the court orders Trump's accounting firm to give his tax returns to the grand jury, they could be used in any criminal inquiry, but would not be released publicly. Grand jury documents are secret in New York.