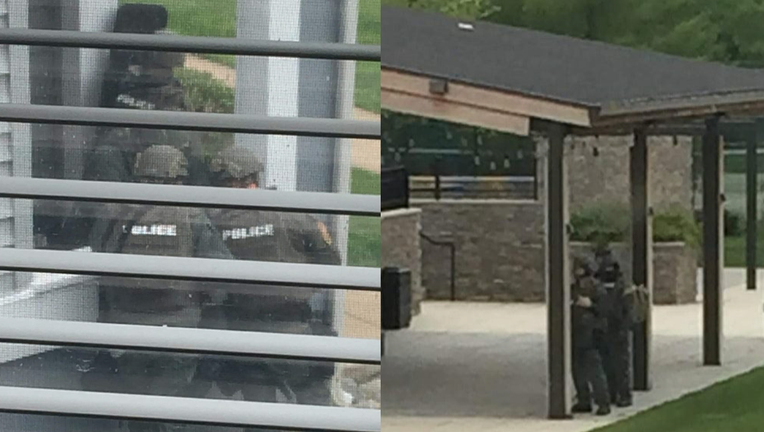 BUCKS COUNTY, Pa. - Authorities say the deaths of two men at a luxury apartment complex in the Philadelphia area are believed to have been a murder-suicide.

Police in Lower Makefield Township were called to The Edge at Yardley at about 12:30 p.m. Friday.

Chief Ken Coluzzi said they found a man lying on the ground outside with multiple gunshot wounds to his face and body.

A witness told police that the shooter had entered a downstairs apartment, and police evacuated about 50 people and told others to shelter in place while Bucks County SWAT Team members tried to make contact with him.

Coluzzi said SWAT team members entered the apartment at about 4:30 p.m. Friday and found the man dead with a self-inflicted gunshot wound to the head and a weapon in his hand. He was identified as 59-year-old Brian Moyer.

The name of the victim, described as a man in his 30s, hasn't been released pending notification of his relatives.

Coluzzi said Moyer and the victim lived in separate upstairs and downstairs apartments. Police have yet to determine a motive for the slaying.