WEST PHILADELPHIA - Eagles safety Malcolm Jenkins took some time off Monday to celebrate the transformation of a West Philadephia playground.

Jenkins teamed up with Mural Arts Philadelphia to put a brand new mural at the 33rd and Wallace playground. The project was inspired by the Malcolm Jenkins Foundation’s Young Dragons Summer STEAM Camp with Drexel University. STEAM stands for Science, Technology, Engineering, Art/Athletics, and Mathematics. 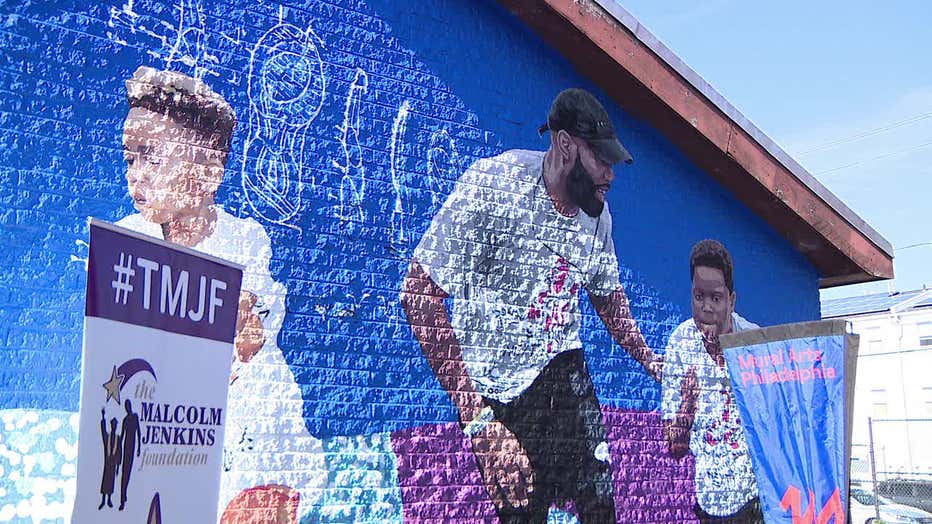 "It's been amazing just to see it all come to fruition. The different people who have made this really happen. We're really excited to be in this community," Jenkins said Monday.