PHILADELPHIA - Eviction day is looming for those living in a number of protest encampments across Philadelphia.

Several non-profit groups, including Philly Housing Action, banded together on Sunday to rally for better solutions and more support for the homeless.

Last week, the city posted formal notice, for the third time, requiring the encampments on the Benjamin Franklin Parkway and Ridge Avenue to close by Wednesday.

Organizers want the city to provide them with a list of viable homes for families, the elderly, and the disabled. 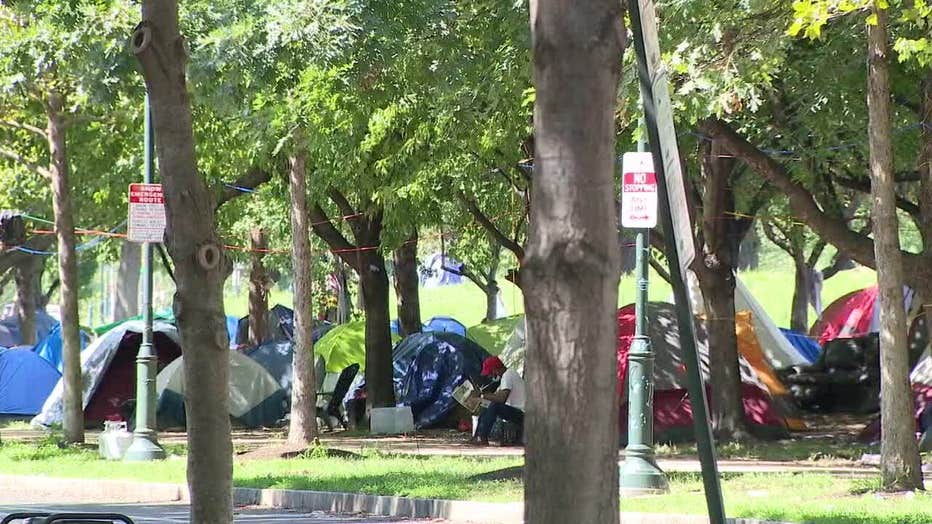 The third notice comes after a federal judge ruled the city can clear the encampment by reasonable means with 72 hours notice to vacate. The judge also denied a motion filed by encampment leaders calling for a temporary restraining order and preliminary injunction to prevent the city from closing the camps.

Mayor Jim Kenney says the city has spent months in good-faith negotiations with the leaders of the encampment.