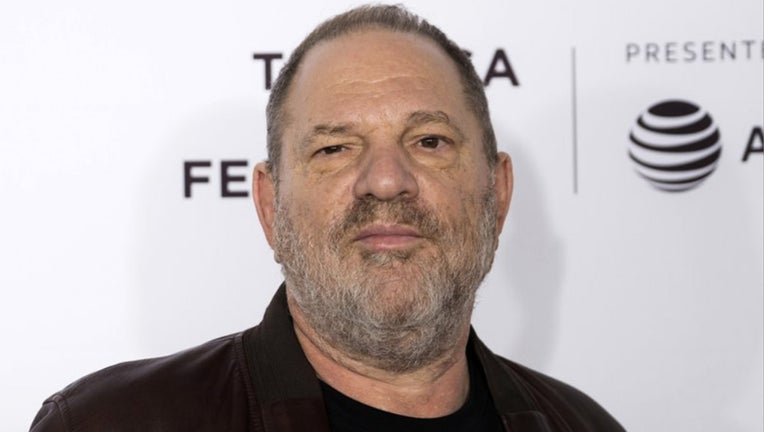 NEW YORK - A former model who accused Harvey Weinstein last year of sexually abusing her when she was 16 years old filed a new lawsuit against him Thursday, saying she didn't want to be included in a proposed global settlement that would split $25 million among various accusers.

Kaja Sokola, who previously made the allegations in an class-action lawsuit that identified her as Jane Doe, said the proposed settlement was not “fair or just." She said it lacked accountability for Weinstein and his alleged enablers and provided insufficient compensation for his accusers.

Sokola is suing Weinstein under New York's Child Victims Act, which gives people a one-year window to sue over sexually abuse they say they endured as children, sometimes decades ago. Her lawyers say it is the first lawsuit filed against Weinstein under the law.

A message seeking comment was left with Weinstein's publicist.

Sokola alleges Weinstein assaulted her at his Manhattan apartment in 2002, just days after they’d met at an event involving her modeling agency. She says Weinstein promised to take her to lunch to discuss her career, but instead took her to his empty SoHo apartment and “aggressively and threateningly” demanded sex.

In the lawsuit, Sokola alleges that Weinstein instructed her to take off her clothes, boasted about having “made” the careers of a pair of Oscar-winning actresses, and intimated she’d never work as an actress unless she gave in to his demands.

“Terrified and struggling to hold back tears, Sokola said she did not want to do anything further and resisted his demands," the lawsuit states. “Sokola had no intention or understanding when she agreed to a business lunch that she would be put in this position."

Sokola says Weinstein's demeanor “became intense, as if he was hunting prey,” and that he made her touch his penis while he touched her genitals and grabbed at her breasts.

The lawsuit also alleges Weinstein's brother and various movie studio executives were aware of his behavior and failed to stop him.

Messages seeking comment were left with lawyers for Robert Weinstein and a representative for Disney, which bought their Miramax film studio in 1993.

The Associated Press does not typically identify people who say they are victims of sexual assault unless they grant permission, which Sokola has done.

Dozens of women have accused Harvey Weinstein of wrongdoing.

He is scheduled to stand trial Jan. 6 on charges he raped a woman in a Manhattan hotel room in 2013 and performed a forcible sex act on a different woman in 2006.

He has pleaded not guilty and maintains that any sexual activity was consensual.

Sokola's lawsuit includes only part of the allegations she detailed as Jane Doe in October 2018.

In that court filing, she also accused Weinstein of subjecting her to years of harassment and emotional abuse and said he blocked her from a successful acting career as payback for refusing his advances.

Sokola, now a clinical psychologist and psychotherapist in her native Poland, says in the lawsuit filed Thursday that she felt angry at Weinstein during the encounter and ashamed that he was causing her to unwillingly engage in sex acts.

“Weinstein made clear that refusing his sexual demands would mean giving up the opportunity to make it in Hollywood," the lawsuit says. “As Harvey Weinstein finally let Sokola leave, he told her that she needed to work on her stubbornness."