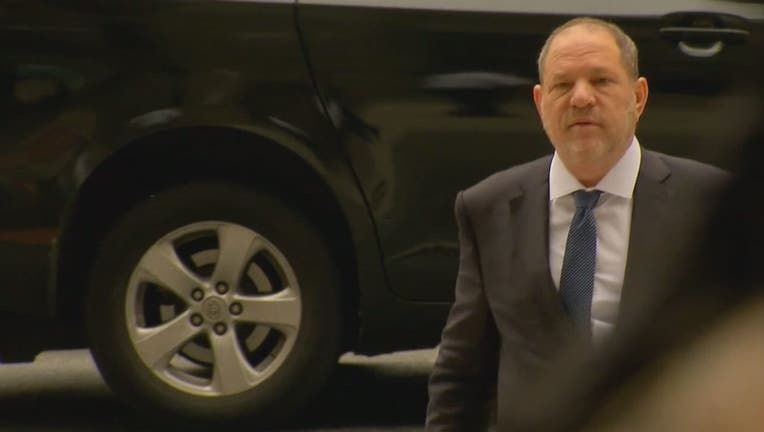 Weinstein entered the plea on Monday in a Manhattan courtroom.

Prosecutors had said the new indictment was needed to lay the legal foundation for "Sopranos" actress Annabella Sciorra to testify against Weinstein. She claims he raped her in 1993.

Weinstein's lawyers called the new indictment an unfair ploy to smear him during his upcoming trial with allegations too old to be prosecuted under New York law.

The Manhattan District Attorney's office sought the new indictment after a judge ruled that Sciorra couldn't testify because she hadn't appeared before the grand jury that handed up the existing indictment.

Sciorra told the story to The New Yorker in October 2017, but prosecutors said she didn't speak with them until after Weinstein's arrest in May 2018.

New York got rid of its statute of limitations for rape cases, but prosecutors are barred from bringing charges against Weinstein related to Sciorra's allegation because it dates back several years before the law changed.

The Associated Press generally does not name people who say they are victims of sexual assault, but Sciorra has made her story public.

Weinstein's lawyers called the prosecutor's decision to schedule a new arraignment "desperate measures" that "indicate more of a focus on obtaining a conviction at all costs than on seeking justice."

Weinstein, who faces a maximum sentence of life in prison if he is convicted on all counts, denies all allegations of non-consensual sex and is free on $1 million bail.

The judge, James Burke, has ruled that other accusers who aren't involved in the criminal case can testify as prosecutors look to show a pattern of misconduct.

Weinstein's lawyers, in an Aug. 14 letter to Burke and prosecutors, called the push for a new indictment an "eleventh-hour maneuver" and accused the district attorney's office of "illegal actions."

Assistant District Attorney Meghan Hast rejected those allegations, stating in an Aug. 15 reply that Weinstein's lawyers were told of Sciorra's potential testimony in February and only objected to it in June.