FAIRMOUNT - A parking problem has one neighborhood fired up.

City parking is always a challenge. Now, a neighborhood has 74 fewer spaces to park on the street. Instead of public parking, the spots are going to police. The police lost their spots due to a construction project. 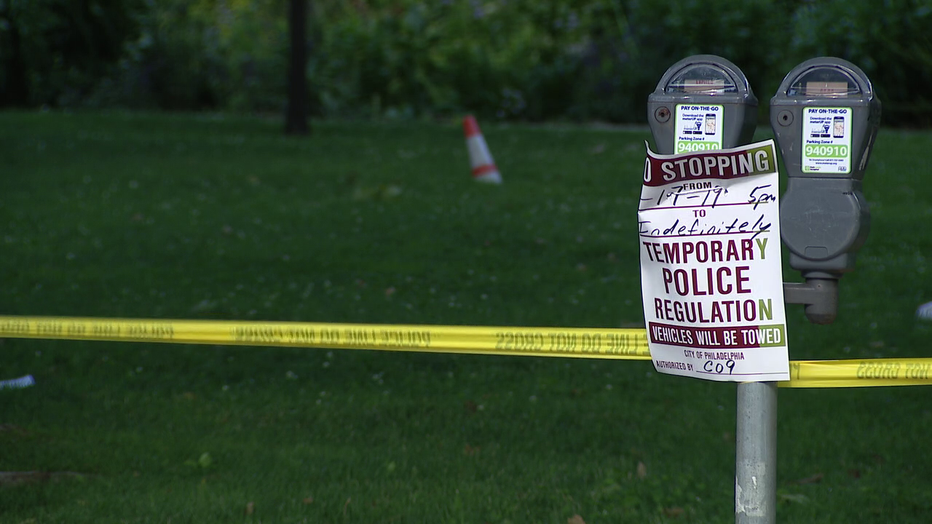 “We had a little baseball game here. The umpires were a little bit late because they couldn’t find parking. We started 15 to 20 minutes late. The game started late,” Fairmount resident Rod stated.

Not the end of the world on a beautiful summer night, but the umpires were locked out of the regular spots near Von Colln Memorial Field in Fairmount and some people ended up parking on the grass. Signs went up earlier in the week, along with hundreds of yards of yellow police tape on 21st and 22nd Streets from the Parkway to Spring Garden.

“I had seen the signs but hadn’t realized it was because police were using the parking here,” resident Maxwell said.

Police from the 9th District are now permitted to park on 21st and 22nd Streets because the underground lot where they used to park their private vehicles is being prepared for a new development project on Hamilton Street. 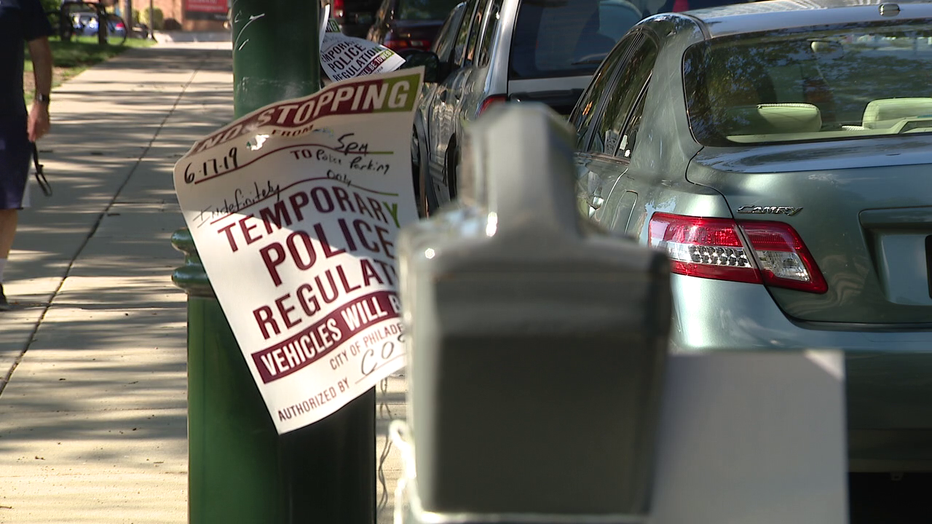 “People were definitely pissed off when they found out,” resident Patsy Pitcairn said.

“I went around the block like four times. All around there. I could not find a space,” Lynn added.

The Bock Development Group is building a 10 story residential complex on the vacant lot behind the Rodin and in front of Whole Foods and CVS. Police had long used the spot for parking official and private vehicles. Now police vehicles, with parking permits, are on the streets.

“It was already difficult in the area, so putting the signs up and not allowing anyone to park is making it even more challenging,” resident Hillary Shin said.

The signs say the parking restrictions will be in effect indefinitely. Some say the police need a better solution for their parking problem.

“You have the 4th of July. You have a lot of times where we don't have any parking. I just don’t think they should take the street parking away,” Lisa Budnick said.

“I get it. We got to have police. The police got to park. They have to park somewhere,” Michael Heaney said.