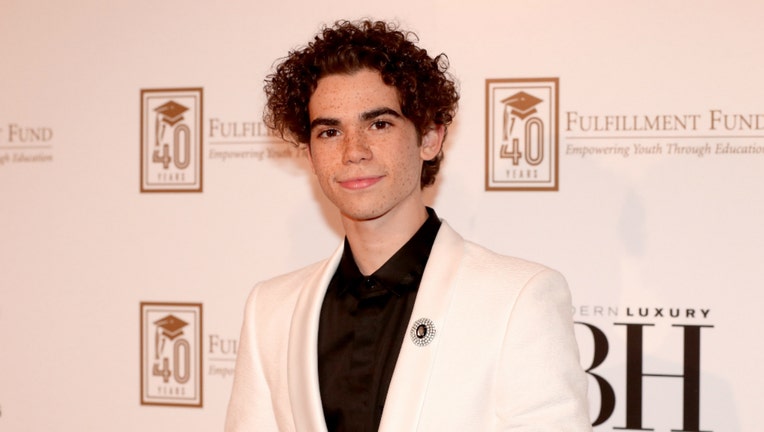 (FOX NEWS) -- Disney star Cameron Boyce died following a seizure on Saturday, and his family has confirmed that the actor suffered from epilepsy.

“[Boyce's] tragic passing was due to a seizure as a result of an ongoing medical condition, and that condition was epilepsy,” a rep for the family told People in a statement. “We are still trying to navigate our way through this extremely heart-wrenching time, and continue to ask for privacy so that the family and all who knew and loved him can grieve his loss and make arrangements for his funeral — which in and of itself, is agonizing.”

On Monday, the Los Angeles County Coroner announced that an autopsy had been performed on Boyce, but that an official cause of death had not yet been determined.

Boyce's father previously said the 20-year-old "Jessie" star's death was like a "nightmare [he] couldn't wake up from."

Since Boyce's passing, several stars have already honored the actor and philanthropist, and now his "Descendants" co-star Dove Cameron, as well as former first lady Michelle Obama, each spoke out in honor of their late friend.

On Tuesday night, Obama tweeted a photo with Boyce, writing, "I was lucky enough to share a few moments with Cameron Boyce—on set, at the White House and on a service project—enough time to recognize that not only did he have incredible talent, but also an incredible heart. Sending love & hugs to his family, friends and his many, many fans."

She posted a six-part black and white video in which she broke down in tears several times.

“I’ve been unsuccessful thinking about trying to summarize something where there are no adequate words in the English language,” she said. “I’ve been mostly quiet or expressive through crying. I’ve never stuttered and unable to speak before these last few days. My system is still in shock, my brain is still foggy and full of holes.”

“Cameron was one of my favorite people alive in the world. Though I know that’s not unique to me, Cameron was magic — an earth angel,” she added. “Over the last six years, since he was only 14, Cameron talked me down from countless ledges, talked me through eating disorders, helped me out of a dark relationship and through endless breakdowns.”

She also shared a message for his family, telling them in the clip, "You are all I can think about. My heart aches for you, I’m broken for you. I have close to nothing left, which tells me some small percentage about how you must be feeling.”

“Goodbye my dear, dear friend and brother. You leave behind a colossal wake, a profound chasm that can never be filled, but you also leave millions and millions of deeply impacted, hope-filled and loved-filled human beings who are who they are because of you and how you spent your brief 20 years on this Earth,” she concluded. “What a gift you were; you turned the world on its head. We can all only hope to be half the human that you were and you deserved so much more time … I will spend the rest of my life missing and loving you, and I’m all the better for knowing you.”