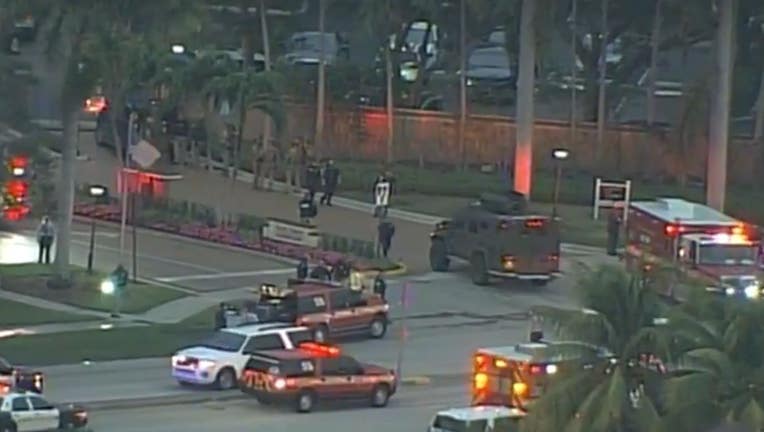 SUNRISE, Fla. - The FBI has identified the suspect who they say shot and killed two agents and wounded three others as they attempted to serve a warrant early Tuesday morning.

The agency identified the suspect as 55-year-old David Lee Huber.

FOX News reports that Huber allegedly monitored the FBI agents with a doorbell camera as they approached his residence to serve a federal search warrant in a child pornography case, then opened fire through an unopened door with an assault-style rifle.

The suspect then barricaded himself inside his apartment before he took his own life.

Public records showed Huber was married for 16 years before getting divorced back in 2016. According to WSVN, records indicated Huber and his ex-wife had two minor children at the time of their split.

The confrontation in the Fort Lauderdale suburb of Sunrise marked one of the bloodiest days in FBI history in South Florida and among the deadliest nationally as well, according to the FBI website.

FBI Director Christopher Wray identified the fallen agents as Laura Schwartzenberger and Daniel Alfin, adding that both specialized in investigating crimes against children.

Private investigator Lou Leinhauser, a former Hillsborough deputy, says agents generally do extensive planning before serving a warrant, by looking at potential exits, the hours a suspect keeps, and knowing what weapons they have. Despite all that, things can turn quickly.

"You can do everything right, everything by the book, everything perfect, and terrible things can still happen," Leinhauser told FOX 13. "If you have somebody who is willing to commit crimes as heinous as violent child pornography, you have to believe they are capable of anything."