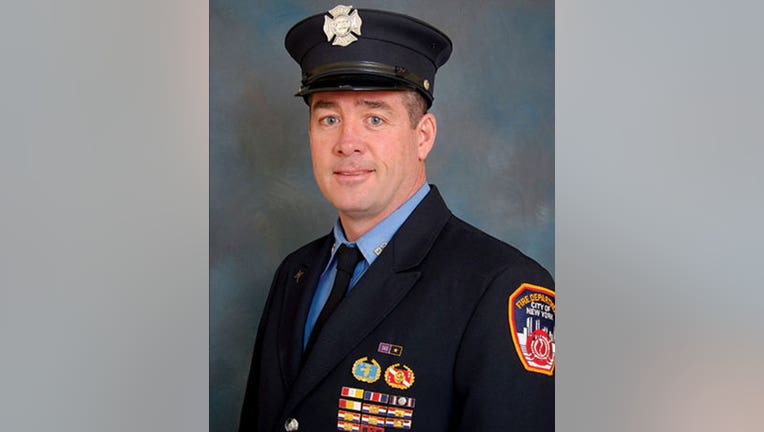 NEW YORK - A retired FDNY firefighter who helped recover his brother's body at Ground Zero after the 9/11 attacks has died of cancer.

Daniel Foley worked with FDNY Rescue 3 during rescue efforts at Ground Zero.  He died Saturday, Feb. 22, 2020, after a battle with pancreatic cancer that is linked to his time at the scene.

"The Foley family wishes to thank family and friends for their support and love over the last year during Danny’s battle, including the New York City Fire Department, especially Danny’s brothers in Rescue Company 3," the family said in a statement.

Foley was married with five children and lived in New Rochelle.  He was a 21 year veteran of the FDNY.

Daniel Foley found his brother's body at Ground Zero 11 days after the attack.

Foley's older brother was killed in the attacks and 11-days later he found Thomas' body in the rubble.

FDNY Commissioner Daniel Nigro released a statement saying:  "The attacks on the World Trade Center have claimed yet another brave member of our Department, and the Foley family. Daniel Foley, like his brother Thomas who was killed on September 11th, dedicated his life to rescuing others. We will never forget them.”

The Foley family set up the Thomas J. Foley Memorial Foundation to educate people on the events of September 11, 2001.

Their father, Tom Foley Sr., also worked in rescue efforts at Ground Zero and died of 9/11 related cancer in 2016.