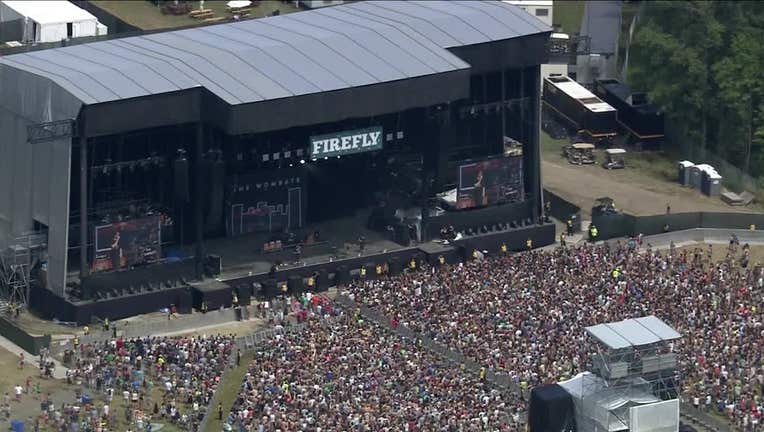 DOVER, Del. - Tens of thousands of music fans are descending on central Delaware for the annual Firefly Music Festival.

Gates were to open at noon Friday for the eighth edition of the music event. Headliners for this year's three-day festival are Travis Scott, Post Malone and Panic! At The Disco.

The festival is held at The Woodlands of Dover International Speedway. Past headliners have included Paul McCartney, Bob Dylan, Tom Petty and the Foo Fighters.

Los Angeles-based AEG Presents took ownership of the festival last year when it acquired the remaining shares of Chicago-based Red Frog Events following a joint venture that began in 2014.

AEG subsidiary Goldenvoice is the organizer of the annual Coachella festival in southern California.