PURNIA, India - When you catch an endangered animal, it’s only right to set it free.

A fisherman went above and beyond to rescue a dolphin after accidentally catching it in his net. A crowd gathered to watch as he carried the dolphin away from the nets before releasing it back into the water. 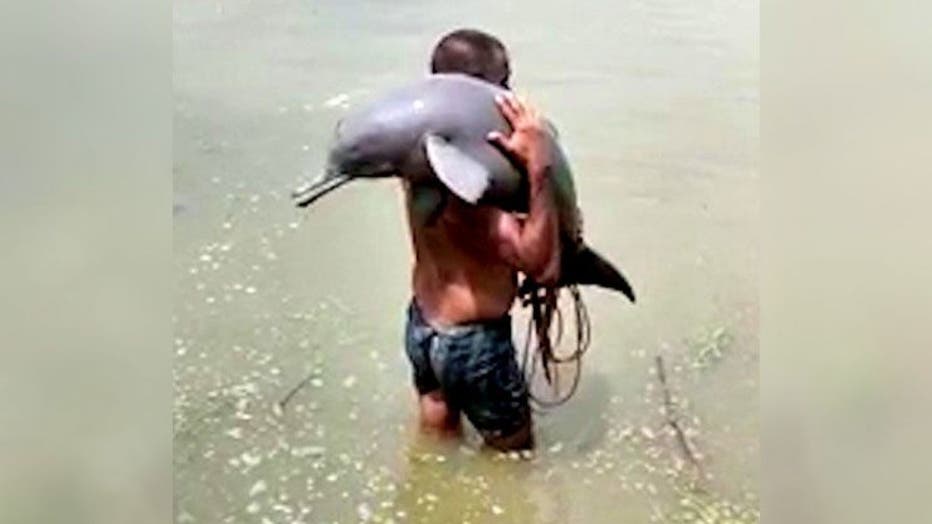 The fisherman was seen by witnesses carrying the dolphin away from the nets before releasing it safely back into the water. (SWNS)

The incident occurred in Purnia, India, on July 3, Southwest News Service reports. The animal was identified as a Ganges River dolphin, a species listed as endangered by the International Union for Conservation of Nature and protected by the Indian Wildlife Act.

A witness told Southwest News, “The dolphin had strayed into the Parmaan River from the Ganges. Consequently, the aquatic mammal got entangled in the fishing net. A massive crowd gathered in the area to get a glimpse of the mammal.”

The villagers immediately alerted local authorities, who arranged to have the dolphin safely relocated.