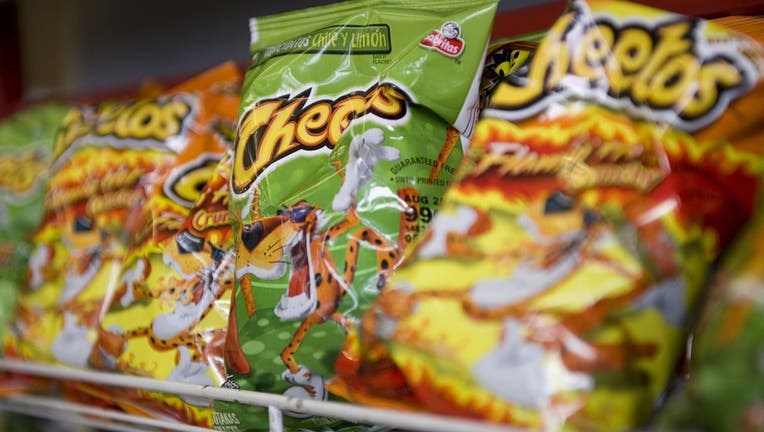 Emily Mei wrote that she was carrying “like 20 bags of Hot Cheetos” with her on a trip to Korea and was stopped by TSA. (PepsiCo)

(FOX NEWS) -- Well, they are advertised as being "dangerously cheesy."

A woman uploaded a video on Twitter of the time she claims a Transportation Security Administration agent stopped her because of the many bags of Flamin’ Hot Cheetos she had in her carry-on bag.

Emily Mei, who goes by Emily Ghoul on the social media site, wrote that she was carrying “like 20 bags of Hot Cheetos” with her on a trip to Korea for her friends that live in the country, as the snack is hard to find there.

However, to the security check, it seemed a bit suspicious.

“Will never forget the day TSA stopped me cuz they thought I was hiding s--- inside my bag cuz all I had was like 20 bags of Hot Cheetos,” she wrote on Twitter, along with a video.

In the video Mei uploaded, it shows a TSA agent pulling bags of the spicy cheese chip out of the woman's Louis Vuitton carry-on and wiping them down before placing them down to her right. About seven bags are seen resting on the table next to the TSA agent.

The tweet went viral, receiving over 1.6 million views as of Tuesday afternoon and hundreds of comments of people sharing their own experiences trying to bring bulk food items through airport security.

Though food is allowed, it may be subject to additional search — especially if the materials “clutter bags and obstruct clear images on the X-ray machine,” according to the TSA website.