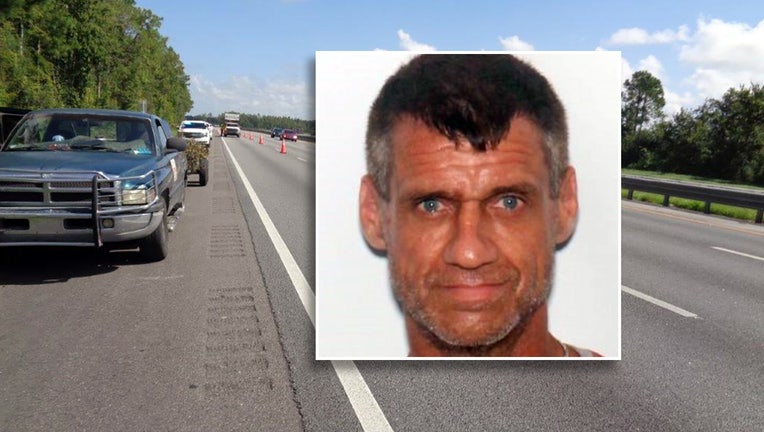 WESLEY CHAPEL, Fla. - Troopers are looking for the man who was spotted alongside Interstate 75, allegedly beating his wife before pushing her into the path of oncoming traffic yesterday morning.

According to the Florida Highway Patrol, it was around 9:30 a.m. Thursday when troopers received multiple calls about a woman being beaten along the southbound side of I-75 in Pasco County, just north of Wesley Chapel. When troopers arrived, they found a Dodge Ram pickup that had pulled over because of a blown tire.

Several witnesses were still at the scene, along with the female victim. They told troopers that the truck had suffered a tire blowout while the woman was driving. That’s when her husband yanked the steering wheel, nearly sending the truck and its trailer out of control before it came to a stop along the outside shoulder.

Troopers say an argument ensued, and the woman’s husband of 12 years – later identified as Joey Edward Morgan – walked around to the driver’s side of the truck and pulled her into the I-75 travel lanes by her hair. Then he allegedly head-butted her, punched her, and shoved her into the path of a tractor-trailer, which had to swerve to avoid hitting her. 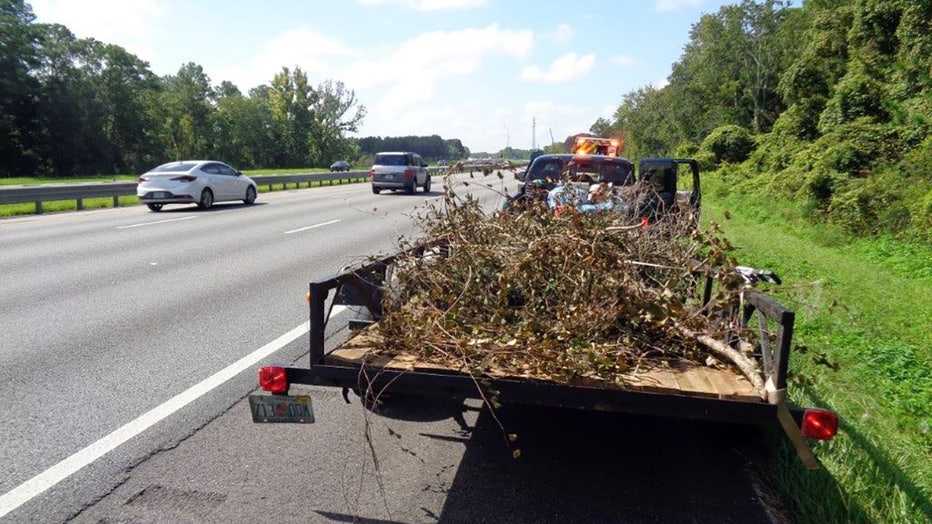 Morgan repeatedly threatened to kill her before running from the scene on foot and disappearing into the woods, according to troopers.

Deputies and troopers searched the area, but were unable to find Morgan.

Troopers say the 45-year-old Summerfield man is now wanted on a charge of attempted murder. They ask anyone with information about his location to call FHP.