PHILADELPHIA - The treasurer of Philadelphia was fired Friday after federal prosecutors charged him with embezzling money from customers at a bank where he previously worked and entering into a sham marriage to win U.S. citizenship.

Mayor Jim Kenney noted that the allegations against Christian Dunbar did not involve his work with the city, but said that he had been dismissed in light of the allegations. He also asked the city’s inspector general to review the treasurer’s office for the time Dunbar served there as deputy treasurer and treasurer.

“This review can help resolve any concerns about the office’s conduct and transactions during this period,” Kenney said. 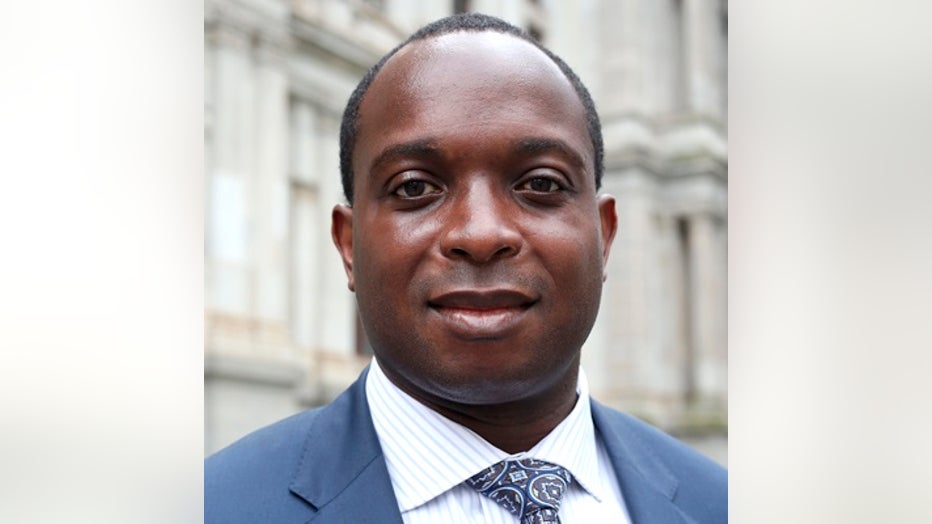 Dunbar could not be reached for comment; it wasn’t clear whether he had a lawyer, and a telephone number for him couldn’t be found.

Dunbar stole $15,000 from two of his clients while working at Wells Fargo as a financial adviser, prosecutors said. In both instances, he was assisting customers who wanted to transfer funds and had them sign several documents, including a blank withdrawal slip. He later allegedly used the blank slips to withdraw cash from both victims’ accounts and deposit those funds into his own bank account, prosecutors said.

Dunbar, 40, took a job with the city in 2016 and was appointed treasurer in July 2019. The office handles the issuance of notes and bonds on behalf of the city’s general fund, works to maintain the city’s credit rating and oversees its $4 billion investment portfolio.

Dunbar also secured his U.S. citizenship through a fake marriage to one of his former classmates at Temple University, prosecutors said.

Dunbar was born in Liberia, of which his maternal grandfather, William Tubman, was president for nearly 30 years.

Dunbar came to the U.S. in 1988 and later obtained temporary protected status. He graduated from Temple University, where he was a captain of the football team.

Prosecutors said that while he was a student at Temple, he met a fellow classmate he later married in as part of an effort to eventually earn citizenship for himself.

However, during the time he was married, prosecutors say Dunbar secretly married another Temple classmate, a woman from Senegal, in a ceremony in her home country in 2013. They also allege that woman, who is still married to Dunbar, also was involved in a sham marriage with a Temple student before she married Dunbar.

Dunbar became a U.S. citizen in 2016 and divorced his first wife a year later, authorities said.