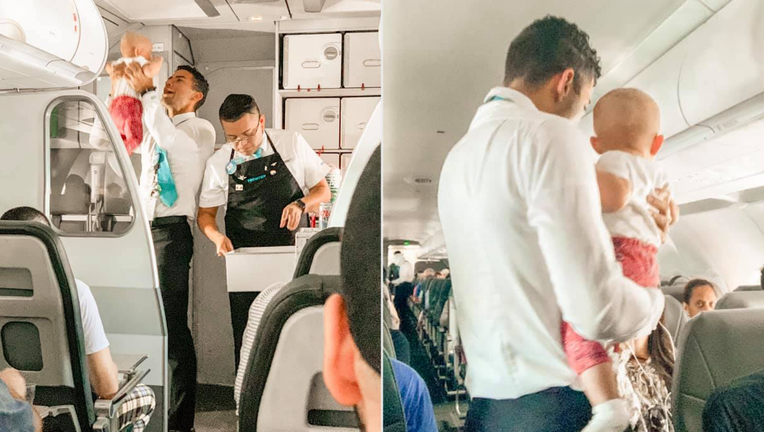 Feeling fussy and out of sorts? Try booking a Frontier Airlines flight when this guy is working.

Earlier this week, a Frontier flight attendant helped a mom calm her crying baby aboard a flight from Tyler, Texas, to Denver, Colo., in what one witness described as a “precious” moment. 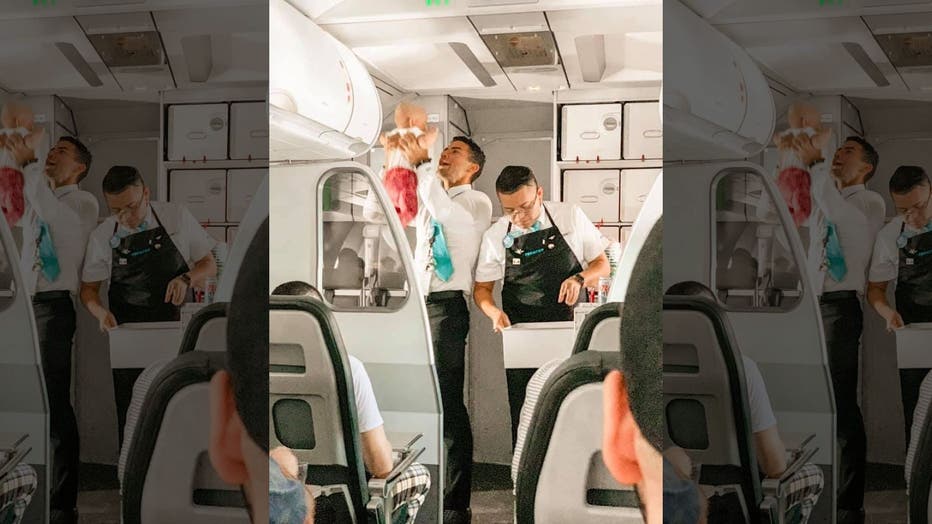 “This flight attendant on Frontier Airlines from Tyler to Denver helped a mom calm her screaming baby, and it was PRECIOUS!!” wrote Facebook user Jamie Applegate Hunter in a post on Sunday.

“It’s the feel good story we need today,” she added. 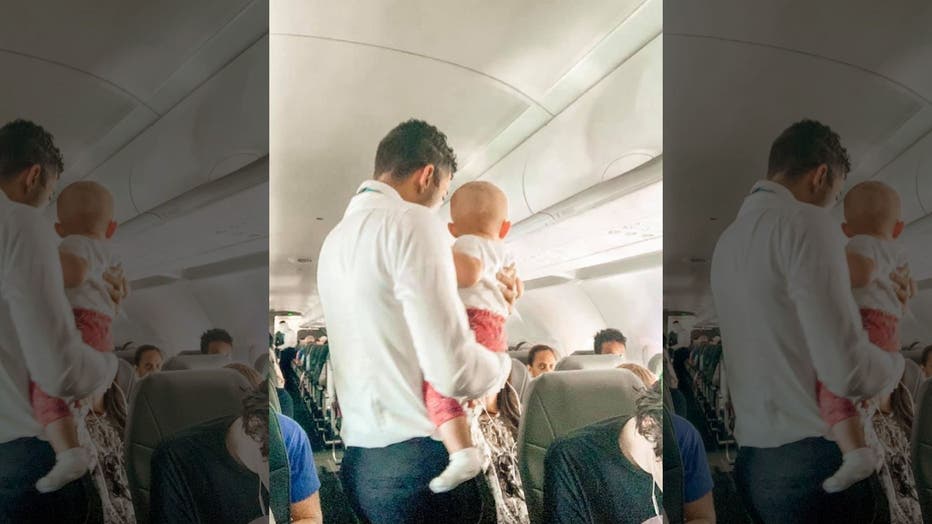 Along with her post, Hunter shared three photos of the flight attendant carrying and playing with the baby girl.

“This post is so precious! This makes me happy!” another added.

Several others also gushed over the flight attendant’s looks, with a few asking if he was available.

“Is he single? Does he have a brother? A cousin? Or even sister?” one asked.

Joel O Paris Castro, the flight attendant seen in the photos, later posted the images to his own account, remarking on what a lovely experience the trip turned out to be.

"When it came to the little girl, she looked like she just wanted to explore for a little while, and the mom looked like she could've used a well-deserved break, so I happily took the little girl from her hands and rocked her for a little while," he said. "I've always thought it takes a village to raise children …  And besides, I bet my mother could've used a couple of breaks when I was growing up."

And for those few who wondered about his relationship status, he also confirmed that yes, he is currently single.

Frontier Airlines later chimed in about the cute moment, telling Fox News they “love” how employees are eager to help their passengers.

“Frontier is known for being family-friendly airline and we love that our team goes above and beyond to ensure everyone has an enjoyable flight,” the airline said.