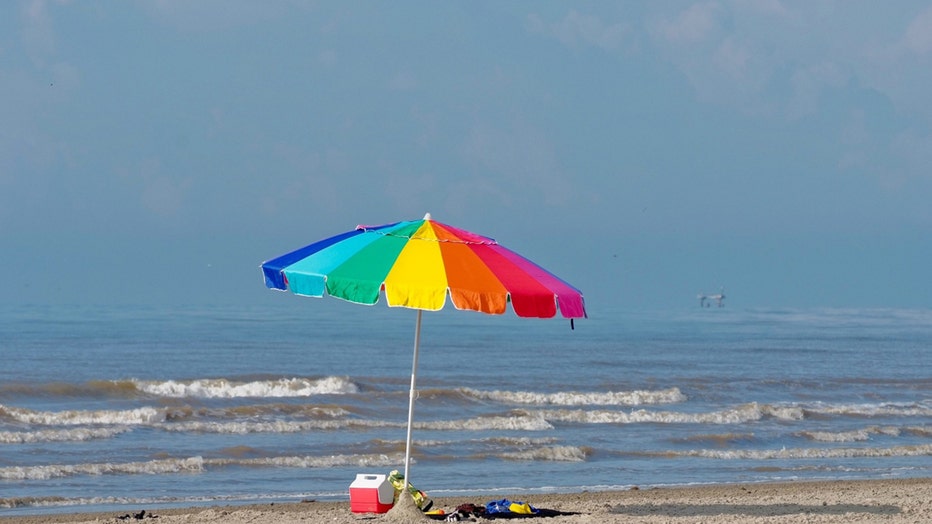 A teenage girl who lost part of her leg and suffered severe hand injuries after a shark attack at a North Carolina beach Sunday was freed from the fish's jaws when her father jumped into the fray and began beating the sharp-toothed terror.

"All of a sudden, everyone started screaming, and I looked to my left and they were rushing towards this little girl. She looked little but she's actually 17," eyewitness Lacy Whorton told WCTI. "And it looked like she was belly crawling on the beach and officials were running towards her and whistles were blowing and everyone was screaming and they quickly got everybody out of the water."

The Atlantic Beach Fire Department told WCTI-TV the 17-year-old girl had "severe injuries" to her leg and hands, including "deep lacerations to her leg, pelvic, and hand areas." Deputy Fire Chief Casey Arthur told the television station the incident was "fairly rare" and something they don't experience too often.

"Especially when you talk about a shark bite, those are fairly rare," he told WCTI.

The girl was airlifted to Vidant Medical Center in Greenville, where she was treated for her injuries. The hospital identified her as 17-year-old Paige Winter of New Bern.

"She is in good condition and receiving excellent care," the hospital said in a statement to WCTI. "Her family expresses their appreciation for the first responders, the individuals on the beach who helped and her heroic father who saved her life."

Winter's grandmother, Janet Winter, wrote on Facebook the 17-year-old was in surgery and "now will lose one leg above the knee and some fingers."

"Thank God our son was with her, he said he punched the shark in the face five times before it let go," she said Sunday night.

Winter added that her granddaughter "may need a hand transplant in the future."

"Please keep her in your prayers," she said.

Hospital officials said despite her injuries, Paige remains "an unwavering advocate for the marine life and the animals who live in the water."

"She wishes for people to continue to respect sharks in their environment and their safety," a statement from the hospital read.