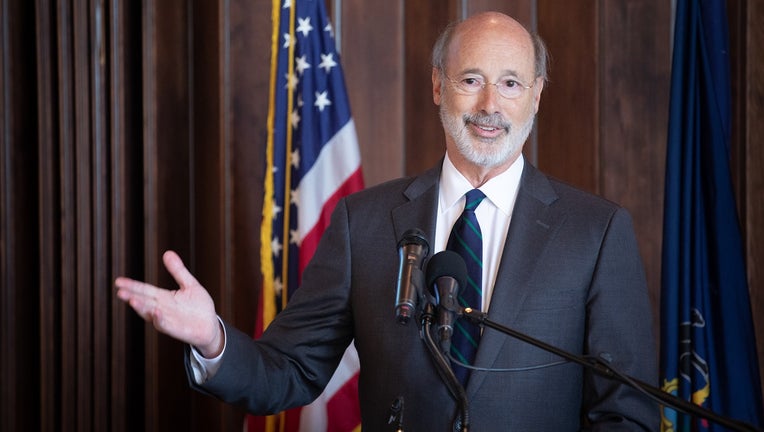 HARRISBURG, Pa. - Pennsylvania Gov. Tom Wolf said Wednesday that the answer is “no” to speculation that he would agree to join a Democratic presidential nominee's ticket as the pick for vice president.

Wolf reiterated that stance when asked during an appearance with his wife Frances on WITF-FM's Smart Talk program in Harrisburg.

Wolf also said he seriously doubts that anybody would ask him to join the ticket and he quipped that, if he did join the presidential ticket, his wife would divorce him before their 45th anniversary in June. Wolf has not endorsed a candidate in the crowded Democratic presidential primary race.

Wolf's name has surfaced because of his 17-percentage point re-election victory last year in a battleground state that is of the utmost importance to Democrats in next year's presidential election.

For Democrats, Pennsylvania is an outsize electoral prize: Harry S. Truman in 1948 was the last Democratic presidential candidate to lose Pennsylvania but win the election.