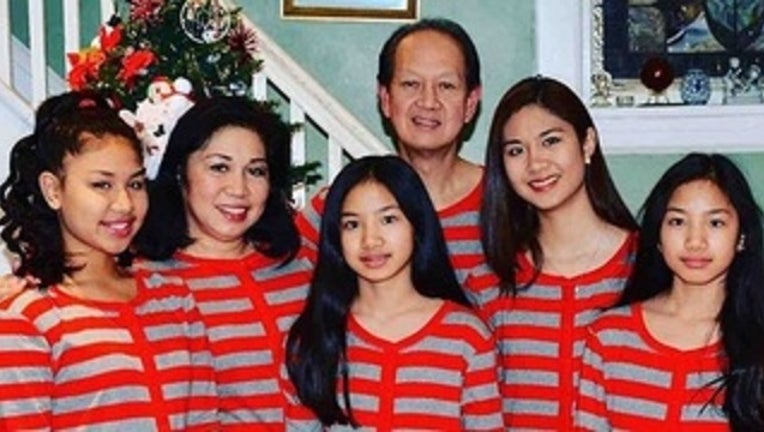 Audie Trinidad and his four daughters were killed in a crash on Friday in Townsend, Delaware. His wife, Mary Rose, survived the accident but was seriously injured. (GoFundMe)

WILMINGTON, Del. - A Maryland man involved in a Delaware collision that killed five members of a New Jersey family has pleaded guilty to several criminal charges.

The 45-year-old Hubbard was indicted last year on five counts of second-degree vehicular homicide, three counts of vehicular assault and other offenses.

Authorities said Hubbard operated his pickup truck in a criminally negligent manner when it crossed the median and was hit by the family's minivan.

Mary Rose Ballocanag survived the crash, but her husband, Audie Trinidad of Teaneck, New Jersey, and their four daughters died.