Gun turn-in event to be held in Philly this weekend

PHILADELPHIA - A gun turn-in event will be held in Philadelphia on Saturday. You can drop off a firearm at either of the two designated locations with no questions asked.

You have a gun, it's emotional, you use it and you use it right on the spot. If you don't have that gun you can't use it," said Bilal Qayyum. 33 handguns and 10 rifles. This is exactly what we don't want on our streets in the hands of the wrong people. These are from a gun turn-in event two weeks ago that Qayyum was part of.

"We're asking parents in particular to do room checks. If they find a gun in that house that's not theirs or it shouldn't be in the house come turn it in," said Qayyum. 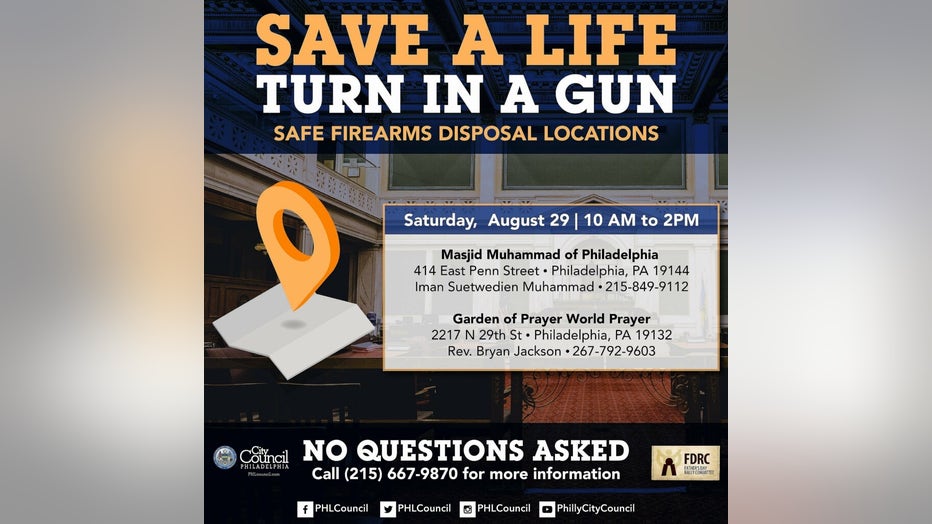 "Once the guns are collected they are eventually destroyed and we get the guns off the streets of Philadelphia," he said. Qayyum heads the "Father's Day Rally Committee" which promotes father involvement in their children’s lives and he runs a peace motorcade weekly aimed at curbing violence. Through the gun turn-in, he hopes to bring down Philly's skyrocketing number of shootings and murders.

"Since the beginning of the year, 2,070 guns used in robberies, guns used in shootings, some of those shootings as you well know are fatal," he said.

Drop off locations for this event include Masjid Muhammad of Philadelphia on East Penn Street and Garden of Prayer World Prayer on North 29th Street.

"The more guns we can get out of the hands of the individuals likely to use them the better it's going to be,” said Qayyum.