LEBANON, Ohio - A former gym teacher from Ohio has been indicted on 36 counts of gross sexual imposition involving 28 students, according to the Warren County Prosecutor’s Office.

John Austin Hopkins, 25, had just started his first year as a permanent physical education teacher at Clearcreek Elementary and Springboro Intermediate schools for the 2018-2019 school years, but was previously a substitute teacher.

Warren County Prosecutor Dave Fornshell said in a press conference that Hopkins was captured on surveillance video having inappropriate physical contact with 88 first grade girls, and that all interactions took place inside the school gymnasium.

The video surveillance was captured between December 2018 and March 2019 in the Clearcreek elementary school gymnasium, according to Fornshell.

“The 36 counts of gross sexual imposition relate to 28 different children. All of these students, again, were female first-graders at clear creek elementary,” said Fornshell.

According to Fornshell, a special session was called to present video evidence showing interactions with Hopkins and the 88 students. 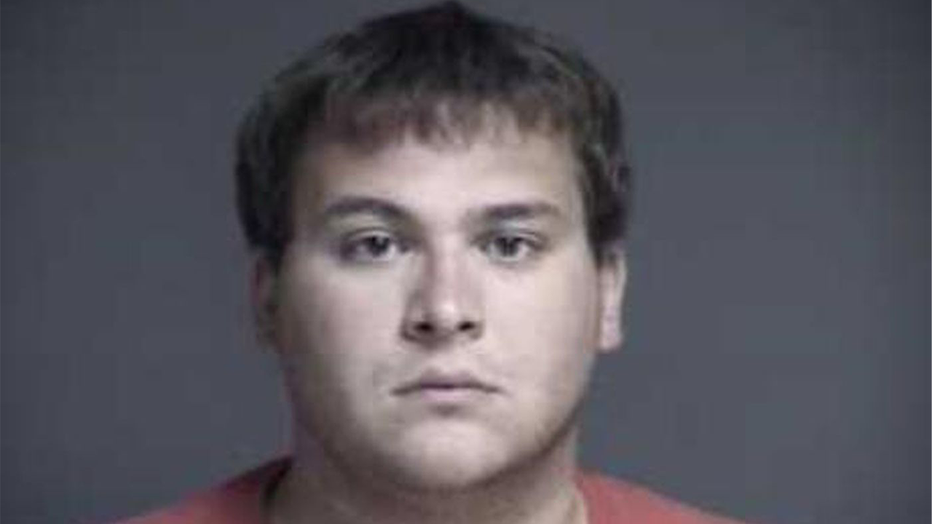 “Sexual contact under Ohio law means the touching of an erogenous zone of another including, without limitation, the thigh genital buttock, pubic region, or if the person is female, a breast, for the purposes of sexually arousing, or gratifying either person,” said Fornshell.

Fornshell said that in once instance, Hopkins had told one of the girls that they would be married when she was older and that Hopkins exhibited “grooming behavior.”

According to Fornshell, the students loved him as a teacher because of the affection he gave them, even going so far as to compete for his attention.

In a press release, Springboro school officials say Hopkins was put on administrative leave in March when an investigation into allegations of possible misconduct began.

“On Friday, March 8th, 2019, Within minutes of learning of the potential conduct of Mr. Hopkins, Springboro Schools immediately placed John Austin Hopkins on Paid Administrative Leave,” said a representative for Springboro Community City School District in a statement given to FOX 19.

Fornshell said that Hopkins is currently in custody and that no arraignment has been officially set.