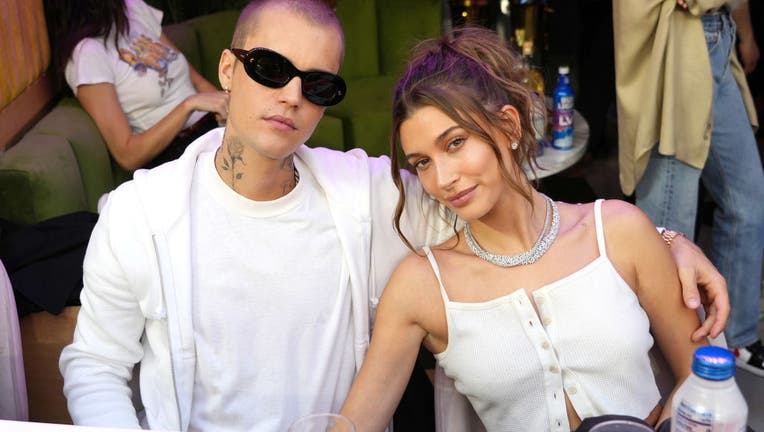 Hailey Baldwin ensured her fans on Saturday that she is at home and "doing well" after experiencing stroke-like symptoms from a blood clot in her brain.

Justin Bieber's wife took to her Instagram Story on Saturday to confirm the health scare after early reports said she was hospitalized for a possible brain condition.

"On Thursday morning, I was sitting at breakfast with my husband when I started having stroke like symptoms and was taken to the hospital," the 25-year-old model wrote.

"They found I had suffered a very small blood clot to my brain, which caused a small lack of oxygen, but my body had passed it on its own and I recovered completely within a few hours," she adds.

"Although this was definitely one of the scariest moments I've ever been through, I'm home now and doing well, and I'm so grateful and thankful to all the amazing doctors and nurses who took care of me!"

Baldwin went on to thank everyone who reached out with well wishes and concern, "and for all the support and love."

Baldwin's health incident comes just weeks after her husband Bieber tested positive for the coronavirus, causing him to postpone a stop on his tour.

"Due to positive test results within the Justice tour family, we will unfortunately have to postpone Sunday’s show in Las Vegas," read a statement released in February via the official Instagram page of Bieber’s "Justice" concert tour.

"Justin is of course hugely disappointed, but the health and safety of his crew and fans is always his number one priority. ... Justin is excited to bring this spectacular show to his Las Vegas fans as soon as possible."

Bieber's next stop on the tour is scheduled for March 13 in Salt Lake City, Utah.