Landlord: Woman who tried to make bomb may have mental health issues

TAMPA, Fla. - A Tampa woman was caught attempting to make a homemade bomb inside a Walmart store while a child was with her, deputies said.

The security guard called the Hillsborough County Sheriff's Office and also notified an off-duty Florida Fish and Wildlife Conservation officer who was inside the store at the time.

According to the arrest report, Stallard used a mason jar with fuel denatured alcohol and wire brad nails inside. She then used a shoelace as a wick and attempted to light the shoelace with a lighter before the off-duty officer and security guard stopped her. They then detained Stallard until deputies arrived. 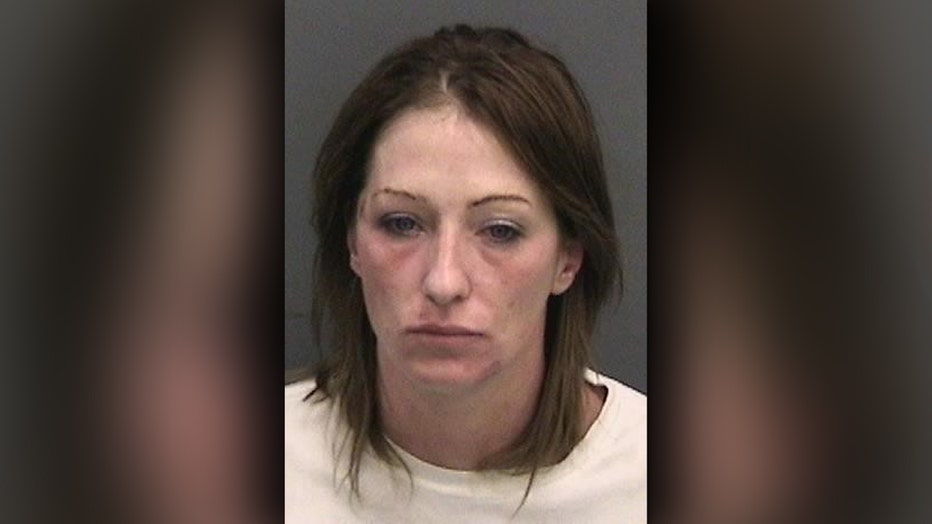 "This woman had all the supplies she needed to cause mass destruction at her disposal," Sheriff Chad Chronister said. "Had it not been for an alert off-duty law enforcement officer and a watchful security staff at Walmart, she may have followed through with her plans to cause an explosion inside the store. I can't stress this enough: if you see something, say something. You don't have to tackle a bad guy to be a hero."

Investigators said Stallard had the child with her to help with making the device.

"The defendant encouraged the child to engage in an act that could have caused great bodily harm and induced the child to become delinquent," the arrest report said.

Meanwhile, the woman's landlord said he feared his tenant was suffering from mental health issues.

“She said the house was haunted. I said something is not right with this girl, she’s losing her mind or something,” the landlord, who asked FOX 13 not to reveal his name, said.