PHILADELPHIA - A business in the city's Holmesburg section was burglarized overnight.

"You get knocked down. You get back up," said Tatiyana Jones, who is the general manager of The Better Box in Holmesburg.

She says despite an early morning break-in they put on their aprons and opened this afternoon.

"They took our entire register and we're just devastated that it happened," said Jones.

She showed FOX 29 pictures of the damage left behind when someone shattered the takeout glass window of the restaurant along Frankford Avenue. An employee who showed up to open for the day found it.

"The entire front window was broken. There was glass everywhere," she said.

Jones says security cameras at the business located in a parking lot next to a closed Rita's water ice captured what happened. She gave FOX 29 pictures from the video which police tell FOX 29's Shawnette Wilson they have. 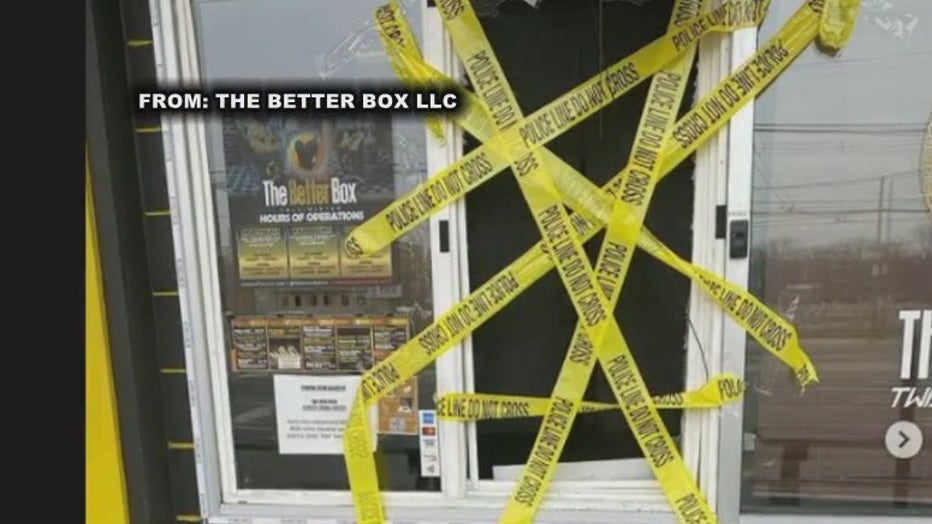 According to police, a masked man showed up just before 3 a.m., took something out of his pocket, and shattered the window. Police say he put the object back in his pocket and proceeded to take the entire register which had one hundred dollars in it.

"We're a small business. We're trying to stay afloat through everything that's going on and it's just heartbreaking that someone actually did this," she said.

Jones says they had the window fixed and customers showed up like they usually do. She says neither this location which has been opened for a year and a half or the other on Spring Garden open for about six months now has been burglarized before.

"We try to give back to our community as much as we can and for somebody to target us and do this it doesn't make any sense," said Jones.

The Better Box specializes in Chinese food with a Philly twist.