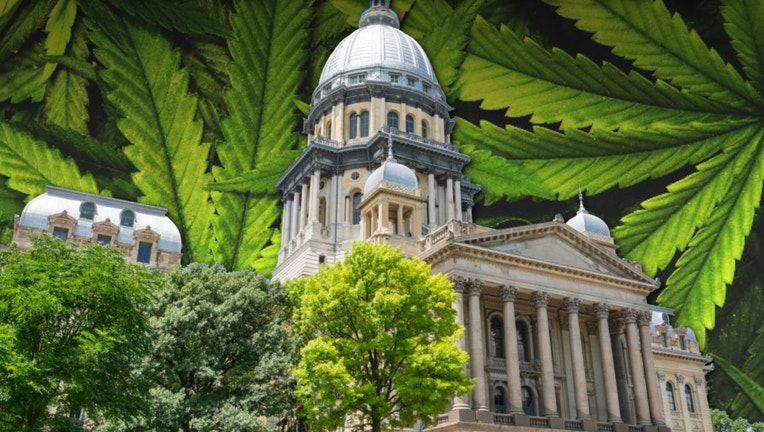 SPRINGFIELD, Ill. - Illinois' new governor delivered on a top campaign promise Tuesday by signing legislation legalizing small amounts of marijuana for recreational use, the 11th state to do so and the first to implement a comprehensive statewide cannabis marketplace designed by legislators.

Legalization in Illinois also means that nearly 800,000 people with criminal records for purchasing or possessing 30 grams of marijuana or less may have those records expunged, a provision minority lawmakers and interest groups demanded.

Under the measure, residents can purchase and possess up to 1 ounce (30 grams) of marijuana at a time. Non-residents could have up to 15 grams. The law provides for cannabis purchases by adults 21 and older at approved dispensaries, which, after they're licensed and established, may start selling Jan. 1, 2020. That means possession remains a crime until Jan. 1, a spokesman for Senate Democrats said.

Pritzker's successful campaign for governor capitalized on growing public sentiment that law enforcement has better things to do than chase pot-smokers and that state government could benefit by regulating and taxing the product as it does alcohol and tobacco.

He claimed that, once established, taxation of marijuana could generate $800 million to $1 billion a year in taxes. He initially estimated that in the budget year that begins July 1, dispensary licensing would generate $170 million, but Sen. Heather Steans and Rep. Kelly Cassidy, both Chicago Democrats who have been advocating legalization for at least four years, were forced to lower that estimate to about $58 million in the final proposal. Cassidy added that the fully implemented program might generate only $500 million annually within five years.

The marketplace portion of the Illinois law also addresses what critics have complained is the decades-long war on drugs' disproportionate impact on minority communities. State Sen. Toi Hutchinson, a Democrat from Olympia Fields, said it's a generally accepted statistic that blacks are 4 1/2 times more likely to be convicted of low-level pot offenses, but she didn't know if Illinois' numbers are higher than typical.

In addition to providing criminal-record scrubbing for past low-level offenders, the law gives preference to would-be marijuana vendors in areas of high poverty and records of large numbers of convictions. And portions tax proceeds must be reinvested in impoverished communities.

Police organizations are wary, concerned about enforcing driving under the influence laws and arguing technology for testing marijuana impairment needs more development. Law enforcement organizations were successful in killing an earlier provision that would have allowed anyone to group up to five marijuana plants at home for personal use. Police said they'd have difficulty enforcing that, so the bill was amended to allow five plants to be maintained only by authorized patients under the state's medical marijuana law. They previously could not grow their own.

Ten other states and the District of Columbia have legalized smoking or eating marijuana for recreational use since 2012, when voters in Colorado and Washington state approved ballot initiatives. Vermont and Michigan last year were the latest states to legalize marijuana. Vermont did so through the Legislature, the first time it wasn't done through a ballot initiative, but didn't establish a statewide marketplace as Illinois did.

Other initiatives have failed. Promising proposals in New York and New Jersey fizzled late this spring. Despite a statewide listening tour on the issue by Pennsylvania's lieutenant governor last winter, the idea never took flight.