Heather Oliver, 30, was charged with felony neglect of a dependent resulting in bodily injury stemming from an incident in August, court records show.

ELWOOD, Ind. - An Indiana mother was arrested after her son was reportedly found inside of a running washing machine.

Heather Oliver, 30, was charged with felony neglect of a dependent resulting in bodily injury, online records show. The charge stems from an incident reported on Aug. 16 in the city of Elwood, located about 50 miles northeast of Indianapolis.

The 5-year-old boy arrived at a hospital with his father around 10 a.m., FOX 59 reported, citing court documents. Hospital staff said the boy was slipping in and out of consciousness and had numerous bruises and scratches on his upper body. 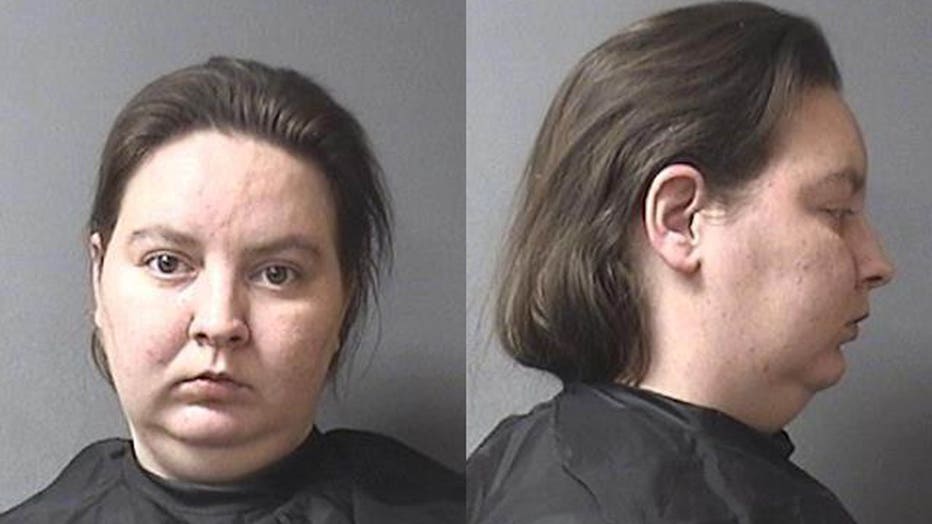 They said the boy was "somewhat dry with wet underwear" and had dirt on his knees — and the child was flown to Riley Children’s Hospital in Indianapolis for further evaluation, according to the station.

The boy’s father told police that his girlfriend, Oliver, called him at work around 9:15 a.m. and said their son was stuck in the washing machine while it was turned on, FOX 59 reported.

The father drove home and found the child in Oliver’s arms, according to the station. He patted his son on the back and said the boy puked water. He then rushed his son to the hospital because he thought it would be quicker, FOX 59 reported.

Oliver told police that she checked on the boy in his room at 9 a.m. and thought he was under blankets, so she went to the kitchen to pour herself a glass of milk, according to the station. Oliver told police she heard the washing machine filling up with water and went to the laundry room and found her son trapped inside.

Oliver said she then unlocked the latch and pulled him out, FOX 59 reported.

Oliver also told police that her boyfriend does the laundry because she has a medical condition that prevents her from lifting heavy items and she doesn’t know how the machine works, according to the station.

Police executed a search warrant at the home and found no water or blood on the floor, nor any sign of a struggle, FOX 59 reported, citing court documents. There was also no milk in the refrigerator or glass with milk in it.

Investigators also spoke with a representative for Lucky Goldstar, the manufacturer of the machine, who said the washer will not fill up with water and function while the lid is open, according to FOX 59.

The boy was later interviewed by police but did not say much about the washing machine incident. However, when asked if his mom was nice, he replied that his mom is “not nice,” according to the station, citing court documents.

Oliver had an initial hearing Dec. 19 and was released on bond the next day, Madison County court records show.