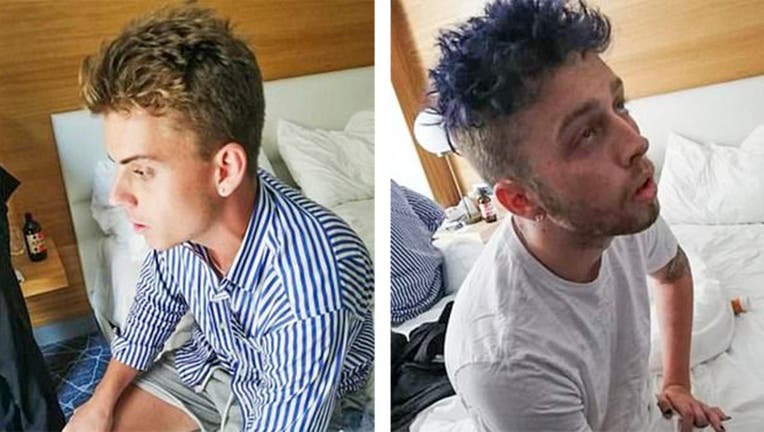 ROME - An Italian judge says one of the two American teenagers jailed in Rome for the slaying of a police officer has stated he stabbed the plainclothes officer because he feared he was being strangled, according to an order obtained by The Associated Press on Monday.

Judge Chiara Gallo wrote in an order upholding the jailing of the two California residents that Finnegan Lee Elder told authorities he knifed Carabinieri officer Mario Cerciello Rega after he felt pressure on his neck.

But the judge said in her Saturday order that the 19-year-old didn't have any marks on his neck indicating strangulation.

Gallo said the young man's friend and travel companion, 18-year-old Gabriel Christian Natale-Hjorth, told investigators that Elder informed him back at their hotel he had used a knife and then washed it.

The officer was stabbed 11 times and died shortly after on Friday in the aftermath of a drug deal gone wrong. The judge concluded the two Americans had a "total absence of self-control" and were highly dangerous.

Investigators allege Elder knifed the policeman during a struggle after Cerciello Rega and his partner, both plainclothes officers, identified themselves as police. The officers were following up on a report of a drug deal that allegedly involved the teens.

Authorities contend Natale-Hjorth repeatedly punched the other officer, who was not seriously hurt. 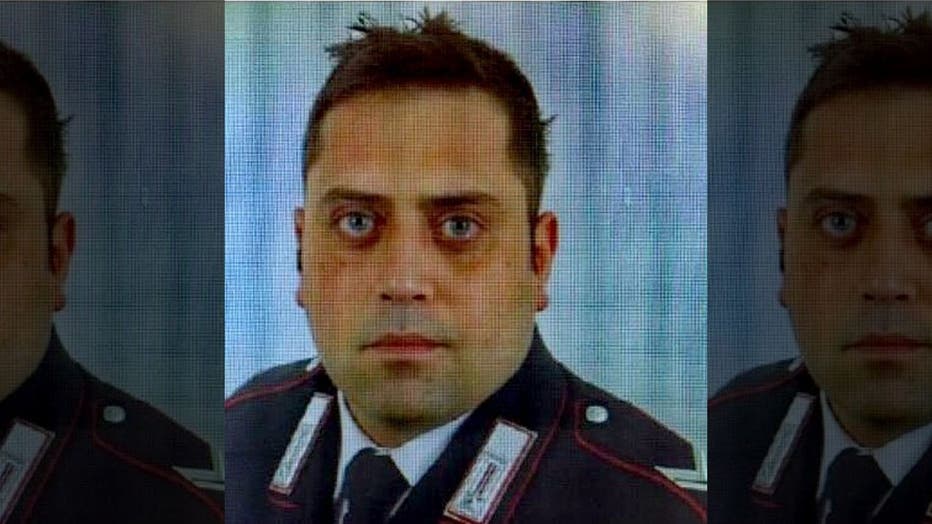 Police said Saturday that both Americans confessed to their roles in Cerciello Rega's death. Under Italian law, anyone who participated in a slaying can face murder charges.

On Monday, Cerciello Rega, 35, was hailed as a hero at his funeral in his hometown near Naples. The funeral was held in the same church in Somma Vesuviana where he was married six weeks ago.

Italy's military chaplain, Archbishop Santo Marciano, said in his eulogy that Cerciello Rega lived and died to safeguard others' lives. Cerciello was popular for warmly greeting residents of the neighborhood in historic Rome. He spent off-duty hours as a volunteer dishing out hot meals to the homeless in Rome's main station and accompanied ailing faithful to religious shrines, including in Lourdes, France.

Italian police, meanwhile, are investigating both Natale-Hjorth's illegal blindfolding before his interrogation after Friday's slaying and who leaked the photo of him blindfolded.

Italian newspapers on Sunday published a photo of Natale-Hjorth with what appears to be a scarf covering his eyes and with his arms handcuffed behind his back as he sat in a chair at a police station. Police and prosecutors are conducting separate investigations of the blindfolding.

The officer who put the blindfold on committed a "mistake" but did so to prevent Natale-Hjorth from seeing documents related to the investigation, an Italian police commander said Sunday.

Natale-Hjorth had been brought in handcuffs to the stationhouse from his hotel, Rome Provincial Cmdr. Francesco Gargaro said. He was interrogated by police and prosecutors without a lawyer there since he had not been formally detained as a suspect and Italian law doesn't allow an attorney's presence at that stage, Gargaro said.

But Rome's prosecutor general, Giovanni Salvi, said in a statement that there was indeed a lawyer present during the actual interrogation. It was not immediately clear if Gargaro might have been referring to the time spent while waiting for the interrogation.