RADNOR TOWNSHIP, Pa. - Police say they are investigating after someone broke into several cars on Monday afternoon and evening.

The vehicles were parked in large lots of various businesses along Lancaster Avenue, and several had their windows broken and items taken from inside.

Tiernan McHugh was among those who walked out to a smashed window. Her car was parked in the lot behind Bertucci's.

"I checked my glove box, my wallet was still in there, and then my heart dropped." 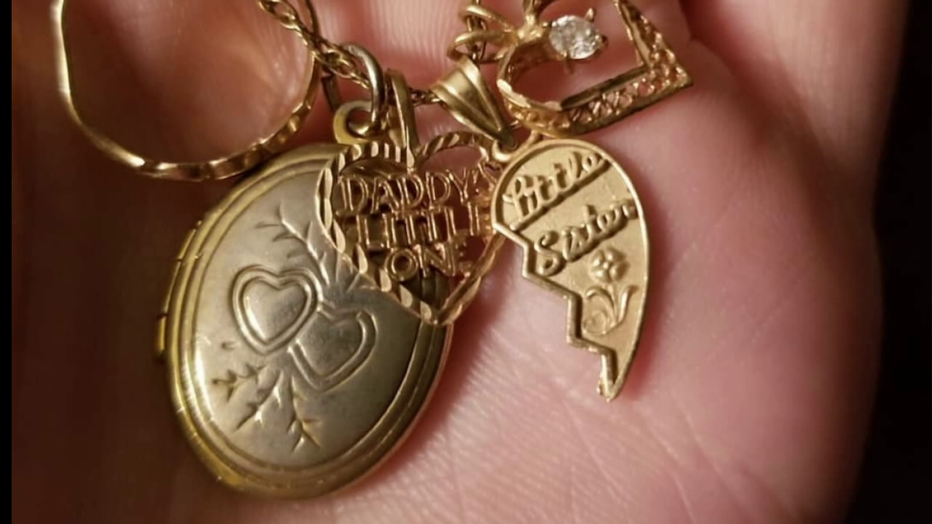 McHugh says she realized her bag was missing with her father's ID cards, watch and charms that he gave to her when she was a baby. She says he died a few months ago.

"I wanted to hold them close to me, but I was always so scared to wear them, that's why I kept them in my purse on the floor of my car usually hidden," says McHugh. "There were so many things in that purse that meant the world to me."

Radnor Township Police say they are investigating if this is connected to a string of smashed windows in Wayne, back in May, in the lot at 503 W. Lancaster Avenue.

They are also looking into whether or not this involves members of the Felony Lane Gang.

McHugh says in a perfect world, her father's items would simply show up in a box outside the Bertucci's, no questions asked.

"When you do something like that you really don't understand the ripple effects that you have," she says. "I would pay you hundreds of dollars to get that back if I could because I can't get my father back."