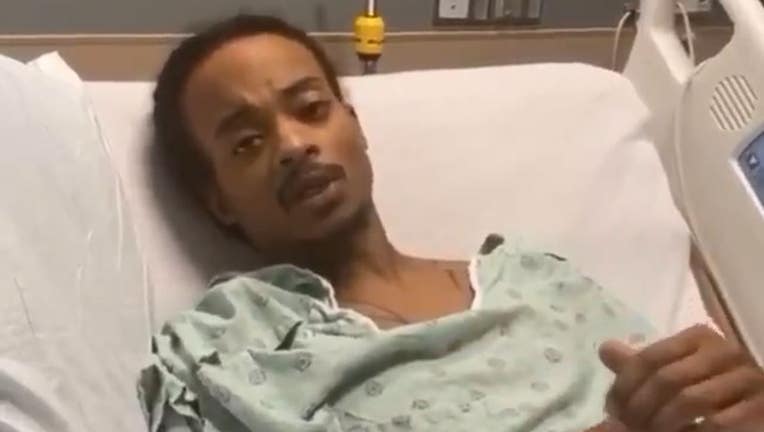 Kenosha - Jacob Blake, the Black man who was shot by Kenosha police, shared a message from his hospital bed on Saturday.

Blake was shot seven times in the back by police in late August. Outrage over the shooting -- piled on top of the deaths of Breonna Taylor, George Floyd and other Black Americans at the hands of police -- led to days of protests and two days of vandalism in the Wisconsin city. Other protests were held across the country.

During one night of the protests, a white teen from Illinois, Kyle Rittenhouse, 17, came to Kenosha with an assault rifle and allegedly killed two protesters. A third protester was injured.

Blake said that people need to appreciate what they have, before it's too late.

"It's a lot more life to live out there. Your life, and your legs, something you need to move forward can be taken from you like this," he said.

Blake's family has said he might never walk again.

Blake appeared remotely in Kenosha County court on Friday, waiving his right to a preliminary hearing and pleading not guilty to three charges that were filed against him back in July. Those charges include 3rd-degree sexual assault, criminal trespass, and disorderly conduct.

TRUMP DOUBLES DOWN ON LAW-AND-ORDER RHETORIC DURING KENOSHA VISIT