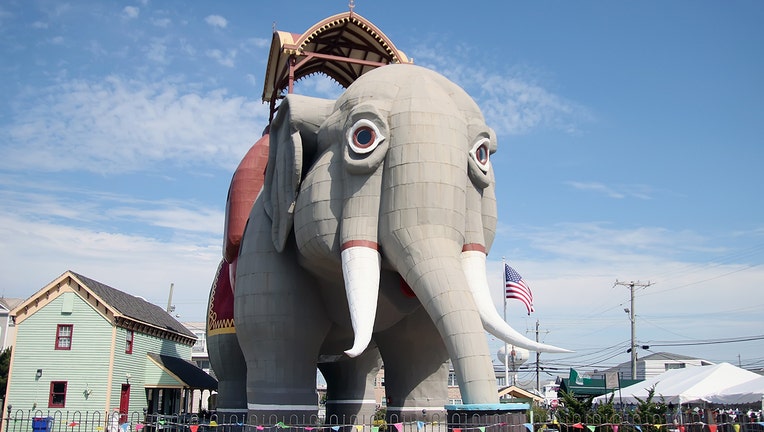 MARGATE, N.J. - Lucy the Elephant — a 140-year-old landmark at the Jersey Shore — will disappear from view for several months to have all its metal skin replaced. More than half of the exterior of the tourist attraction in Margate in Atlantic County has degraded beyond repair.

An architect and a metallurgist determined replacing the metal siding would be more cost-effective than restoring it by trying to remove decades of rust and old paint, according to Richard Helfant, the executive director of the Save Lucy Committee.

"This is an enormous financial undertaking," Helfant said. "The cost of this project is estimated to be $1.4 million."

"The balance of funding will be raised by donations to the nonprofit and fundraising campaigns," Helfant said in a statement.

Constructed in 1881, Lucy was saved from demolition and moved a short distance from its original location in 1970. In 1976, it was added to the list of the National Historic Landmarks. It is one of the oldest roadside attractions in the country, according to the committee.

The last day you can visit the six-story-high elephant statue is Sunday, Sept. 19. After that, weatherproof scaffolding will surround the statue, blocking it from view for about 9 months, Helfant said. The target for reopening is Memorial Day 2022, he added.

This story was produced with The Associated Press from New York City.