A lot happens on the highways in the Motor City, in fact, the term Only in Detroit was coined for some of them. But the latest incident will get you.

DETROIT (FOX 2) - A lot happens on the highways in the Motor City, in fact, the term "Only in Detroit" was coined for some of them. But the latest incident is at another level, entirely.

Video of a man chained to the top of a car, appearing to joyride on the Lodge freeway caught fire online.  Lonnie Webster, a barber on Detroit’s west side saw it happen Monday night.

"I've been seeing a lot of crazy things but that one right there is top five," said Webster who witnessed it. "There is a guy on top of the car and I'm like, 'No.'"

He said he thought it was a mummy. It was no mummy, it was a man in chains and ropes strapped to the top of an Escalade SUV.

"He was doing about 85 because I was playing catch-up," Webster said. "It looked like he was locked in, in case he fell off or something like that."

The man on top was ducking and dodging overpasses from I-94 to the Davison.

"I saw him duck a couple of times and then I was praying I didn't (get his) brains on my windshield," Webster said. 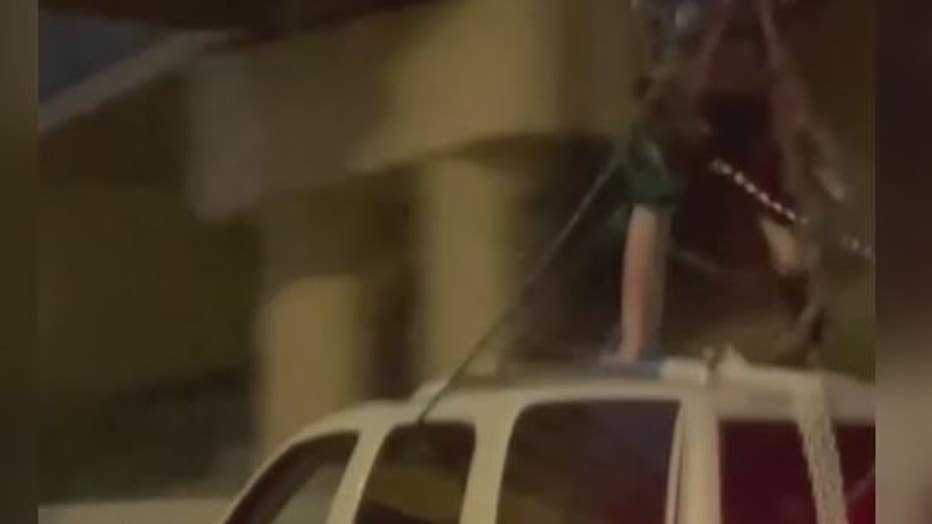 This snapshot of the video shows the restraints the joyrider was using in Lonnie Webster's video.

Lonnie’s got some theories why someone would pull off this stunt, thinking it has something to do with topping the "We on the Lodge with it" joyriding viral video.

Since then, there have been escalating dangerous driving antics that Lonnie says have been done for Instagram clout or for other social media.

"People are trying to get views, likes, and shares," he said. "Don't try this at home." 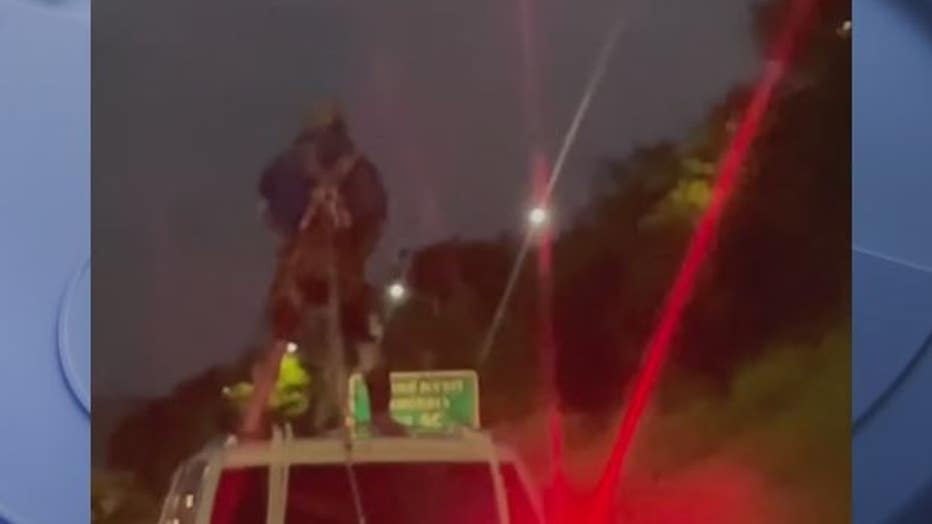 Still shot of Lonnie Webster's video of the joyrider.

From what we understand there is no police investigation yet. Police say the driver will probably pop up again pulling another stunt.